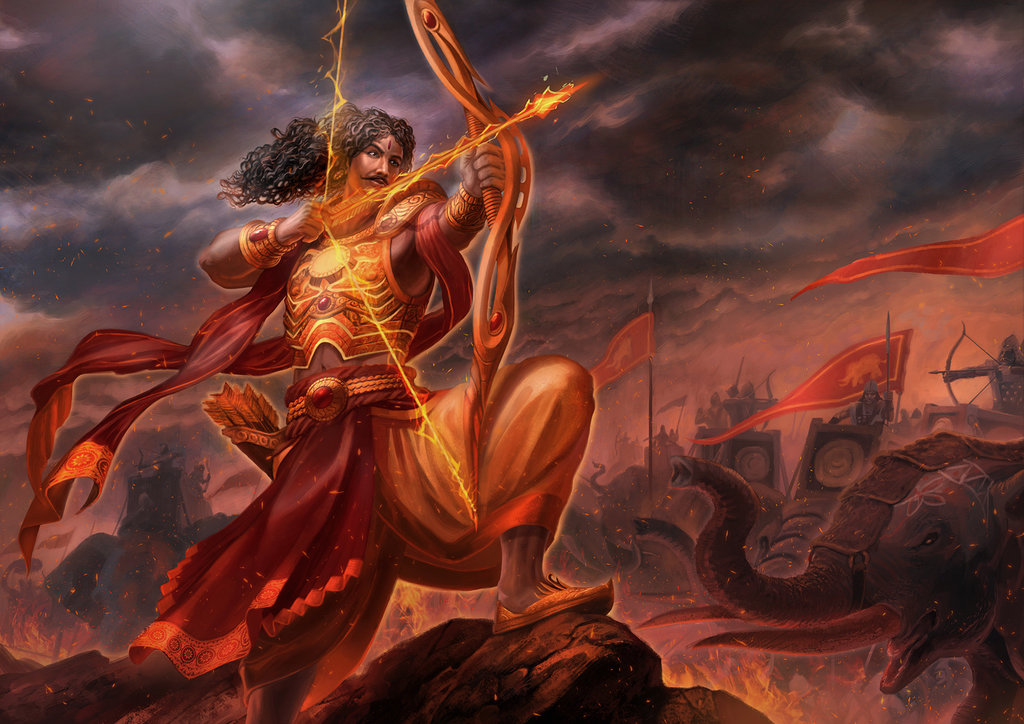 What are the important lessons of Mahabharata ? We try to find out what Indians across the internet has to say.

Try to be the best in your job

Yudhisthira learned different aspects of law and administration from Vidura, which prepared him to rule the kingdom later. In fact, when he was made the crown prince, he gained immense popularity among the subjects. There are instances of conversations between Yudhisthira and Vidura in the local dialects of the people, which proves that he was familiar with their commonplace practices instead of just confining himself within the walls of the palace. [source]

Bad company can ruin your life beyond imagination

Shakuni mama was responsible for brainwashing his nephew and Karna was brainwashed by kauravas.

Think before you wish something

Kunti wanted a child from God Sun. But she was unmarried. When sun appeared she was frightened she abandoned the child which was a terrible thing to do. This would bring a lot of pain to lot of people over next few years.

You can do everything right and still end up as a failure.

Bhishma was the greatest warrior and a person of great virtue. He was sworn to protect Kuru vansha and stood by that promise. Sadly in the war he ended up fighting on the wrong side. He fought to defend Dhuryodhana, was killed by deceit and suffered immensely on the bed of arrows. Interstingly he always failed to protect the Vansha right from the start as none of the three children of Kuru vansha Dhritarashtra, Pandu and Vidura were born from sperms of a kuru king. Furthermore, Pandavas who eventually throw were not born from Kuru sperms.

You can do everything wrong and yet end up as a big winner.

All the kauravas went to heaven without suffering even a moment in hell. The land where they died the Kurukshetra was so holy that dying their ensured them a place in heaven. The Pandavas on other hand died in mountains walking towards their final destination and suffered in hell for some time. (This is actually the lesson of the book Jaya which later becomes Mahabharata).

There is no point in obsessing over the outcome. It is not determined by human planning.

This was the central theme of Gita, one of the popular part of the whole story. It tells you that what actions you take matter but they do not determine the outcome.

A person’s worth will eventually not be determined by birth but by actions.

Even though Karna was born a Prince, his actions made him pretty much a villain of the story. The fact that he was brought up by a poor charioteer did not hurt his chances as he achieved everything he wanted via his own ability. But he still failed the test of character.