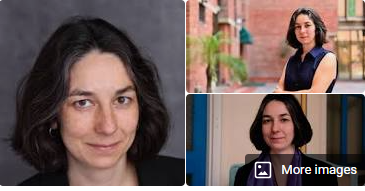 If you want to convince you child not to enroll for a liberal arts degree program please suggest them to read this article by Rutger’s academician “south asian” studies teacher Audrey Truchke. Then make them read this article written by a computer scientist and blogger Arnab Ray. Audrey goes on a lengthy rant about how Mahabharat is full of misogyny, sexual perversions and encouragement to mass slaughter among others. She is in the good company of Islamic preachers like Zakir Naik who has been making similar claims in past.

I think Arnab has done an excellent job to show the holes in Audrey’s claims. If Audrey was one of the san fransico styles feminist drinking soy latte and writing such pieces in free time it was perhaps forgivable. Unfortunately she is an academician and chances are some people, at least some students might take her a bit seriously.

Mahabharat is a story one must learn by living life as a Hindu. It is not about what word is used where. It is about what my grandma tells me as a story. But more importantly it is a complex tale of human emotions of anger, revenge, jealousy, justice, rules vs righteousness, property rights, sexual rights, war and lot more. The fantastical aspects of the story are for entertainment and to ensure that a child who does not understand the complexity will still be entertained and perhaps when one day she grows up she would be able to interpret it on her own.

But the question is why would a white woman think she is qualified to even comment ? The reality is they don’t. Academicians like Audrey are not really interested in studying Hinduism or its roots. They are mostly growing up on some liberal kool aid that is cool for their own times. They then use it as a hammer and hit it everywhere. A lot of fields such as history of black people for example is a crowded field so they carve out a niche. In her case it is India and Sanskrit.

With the hammer of modern liberal progressive left she goes on finding misogyny, sexual harassment, caste and all other evils. I am really surprised she has not mentioned Khandav-vana fire as an environmental disaster caused by Arjuna.

The field itself is a loser’s field. Like the thousands of Phds awarded for “education”, a lot of these academic fields are 100% useless as they do no original research, produce nothing of significance that can help people understand the culture but rather promote the kool aid that gets you invited into the progressive circles. Audrey wrote an entire book about Aurangzeb as a great Marxist ruler who tried to bring the Bernie Sanders styled equality. When I told this to my grandmother she told me “You know what to expect if Bernie gets elected then”.

This is a losers field as a Phd in the racist “south asian” studies unlikely to take you anywhere. A south asian studies person getting a job in say Netflix to make culture sensitive movies will end up coming up with pure nonsense like Paatal lok or Ghoul. People make fun of it quickly and it is a flop. Any paying customer would figure out the frauds these academic disciplines are over time.

What can Hindus do about these sort of losers spreading nonsense ? Build your own institutions and counter this propaganda. There is simply no excuse not to set up your institutions. Secondly as Sadhana has pointed out the phrase “South Asian” is racist phrase being used to deny Indians their own Indian and Hindu identity. More India centric organizations are picking up on these theme.