साधनाYour spiritual guide
HomeNewsSouth Asia is a racist term when it is used to describe...
FeaturedNewsPolitics

South Asia is a racist term when it is used to describe Indians and Hindus. 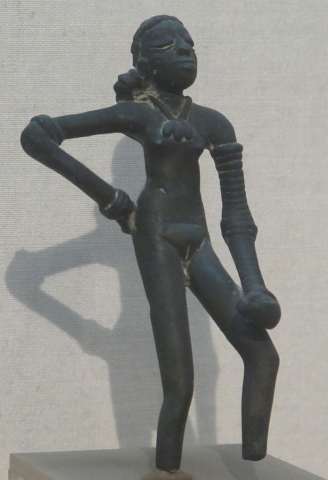 One of the trick of colonization and communism is to dehumanize people. Often this language talks about “rights” and “equality” while actually perpetuating a very evil plan of action that treats people as animals. During the height of cold war, we saw American people in capitalist society protest against the war and promote a lot of organizations about world peace, but it was soviet Russia who was pushing a materialist view of the world, forcing their own citizens to bring large monuments, building and factories and showing them off as success of their communist society. Interestingly, it was a capitalist society like USA that produced free thinkers, feminists, disability related activists, spiritualists, LGBTQ activists and so on. Where as communist societies simply killed off these people or put them into some kind of camps.

The louder your guest shouts of his honor, faster you should count your spoons. By that logic the groups and societies where the high and mighty talk about equality are often the ones responsible for increasing inequality. This is very consistent with socialism’s failure world over where the poverty elevation programs create more poverty, helping the poor puts them into perpetual depths of poverty and food programs increase malnourishment.

While a lot of people point out that Americans acted out of their racism against Swami Prabhupad or Osho, it must be noted that it was unimaginable or it is unimaginable today for spiritualists like these to immigrate and build a large following in socialist paradises like Cuba or Venezuela. It is much easier to build Sanskrit study groups or Vedic Ashrams in Capitalist USA today than a socialist country like India.

One of the key tricks of colonizers is to destroy the symbols in which the subjects take pride and then replace it with new symbols which are conveniently defined by the new “masters”. Changing names of cities, geographical landmarks etc. comes second. Then tables are turned and an active criticism of the old traditions and conventions begins often under the guise of rights and equality. You are told that your culture was misogynist, racist, castiest and what not. The younger generation now disconnected from their roots has lost the ability to judge these claims by their own instincts then comes to rely on the modern day churches of progress calls “Universities” and their Professors who are often losers themselves to have been living off the tuition fees of unsuspecting kids they are grooming to be the next generation of losers.

The analogy that I’ve used is that perhaps the universities today are as corrupt as the Catholic Church was 500 years ago – Peter Thiel.

We need to understand the use of this phrase and why suddenly it is getting used. As Muslims from Pakistan, Iran and other parts immigrated to Europe in large numbers and started being caught in crimes, often as heinous as sex grooming gangs, progressive media like BBC was scared to use the term “Muslim” for these people. They then cleverly replaced the word Muslim with “Aisans”. Technically Pakistan is in asia however by widening the definition the progressives in British media somehow brought Indians, Sri Lankans, Nepali and Chinese under the suspicion.

A leaked report produced by the Independent Office for Police Conduct (IOPC) has upheld a complaint made by a father whose daughter had been missing for a week. He said a police officer told him that Rotherham “would erupt” if it came out that Asian men were habitually having sex with underage white girls. [source]

In 2011 Jack Straw, the former home secretary, suggested there was a cultural element to the then new phenomenon of “grooming gangs” and suggesting some men of Pakistani origin see white girls as “easy meat”. The former Blackburn Labour MP spoke out after two Asian men who abused girls in Derby were given indeterminate jail terms. At the time, he was quickly shouted down and labelled a racist. It was even suggested that his comments were an attempt to influence a pending Oldham by-election.

This sort of white washing has two components to it.

White people have shown inability to understand that non white countries are extremely diverse. A lot of white people think Africa is a country. Someone like Joe Biden (a certified progressive politicians from USA) too indicated that he thinks all black people look the same. Such people would rather use the term “south asian” for everyone, a Pathan from Afghan to a Tamil Brahmin from Tamil Nadu to a Sherpa from Nepal. Because for these people they are all the same.

Narrow identities help people build solidarity, value family, help create networks and hence such people rely less and less on paternalistic state. Such closely knit communities often do not act like vote banks in democracies where law can not discriminate between such groups (India is not such democracy and hence there such groups are vote banks). These communities are also the ones to raise flags of rebellion against government tyranny often. Political left would rather break such identities to leave individuals vulnerable.

The second component is more important. People from countries like Pakistan are often subject of discrimination which often begins with their passport. Pakistanis often are subject to special screenings at airports and other security sensitive areas. People are less likely to do business with them or rent them places. Now, I am not passing any value judgement on why this is the case. I would most certainly want Pakistani people to enjoy the same freedom everyone else enjoys and wish them luck. But they stand to benefit from being called “south asian” as they can shed their Pakistani identity which is a liability for them. They can now claim “Yoga is South Asian”, “Sanskrit is South Asian” and so on. As a Hindu and Indian I would like to point out that this is a free riding. Not only Pakistani society has not earned this right, they have actively despised Hinduism, Hindu traditions and symbols and have held destroyers of their Symbols as their heroes. They have a right to chose their symbols and heroes but then they simply can not claim other people’s symbols when it is convenient for them.

Note how a Muslim journalist with WJS suddenly uses “Brahmin” as a derogatory phrase in this headline.

Indians and Hindus must shamelessly claim their legacy. Yoga is Hindu, Sanskrit is Hindu, BharatNatyam is Hindu and Hindustani Classical Music is Hindu. Someone like Rajiv Malhotra had anticipated this and had written an entire book called “Battle for Sanskrit“.

South Asia is a term for losers.

Chinese have refused to buy into the “asian” narrative” The left has learned this and instead started to use the phrase “South Asian”. The left has attacked and destroyed attempts to create “India Studies” departments in foreign Universities and instead has pushed for “south asian studies”. Gullible Hindus donate money to such lost causes with a hope that it will help Hindus and Indians only to get surprised that their own money is used against them.

The losers of various liberal arts departments across USA and UK then publish Hinduphobic articles everywhere and strengthen low quality academics like Audrey Truschkey and Wendy Donniger. They then train second generation Hindus who then grow up to hate their own traditions.

The key highlight of South Asians narrative builders is that they are in general losers in life. They have fancy worthless degrees in media studies or history where they produce next to nothing original work and push agenda that is more politically correct rather than based on facts. They ride the waves of political issues of the day like Black Lives Matters or similar to peddle more shoddy research and opinion pieces disguised as scholarly opinion.

People who are setting up companies, inventing stuff, filing patents etc. are completely oblivious to such trends. Often these people remember their Indian heritage and talk about it. These people are not losers but since they are mostly ignorant of the political motives might still end up donating to the South Asian organizations.

What should Hindus do ?

Call out “South Asian” as white washing of diversity of the “Greater India” region that just because Sri Lanka might be a smaller country it should not be denied the basic right to have its own distinct identity.

NEVER EVER NOT EVEN BY MISTAKE GIVE MONEY TO SOUTH ASIAN GROUPS. This money will invariably be used against you.

Author of this article has nothing but utmost respect for all actual residents of South Asia and those who claim their ancestry to this region. This includes people of diverse backgrounds and ethnicities from Iran, Afghanistan, modern day Pakistan, India, Sri Lanka, Bangladesh, Tibet, Bhutan, Myanmar and Sri Lanka. Even among these countries there are ethnicities that are very diverse from each other and all have a full legitimate right to claim their own legacy and identity. I stand in support with these groups to oppose the policies and narratives that pain all of them with a broad brush of “south asians” and denounce such attempts as racist.