Shiva Mantra to remove ghosts from your life 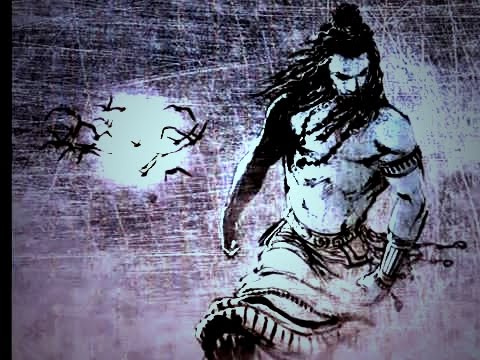 Do you have a feeling that there is a ghost impacting your life ? The symptoms of ghosts are:

The types of ghosts are often:

Why Lord Shiva will help you.

There is no place for such evil entities on earth and they are supposed to exist only within certain rules. While Vishnu is responsible for running the world, Lord Shiva is the lord of destruction and morbidity. He is indifferent to living and dead but is the supreme lord of the undead. His Rudras and Vetaal answer to him and he himself stays in graveyards. He represents “virakti” of the world where he is unattached to material, his mere existence tells you that all matter will be destroyed and hence it has no meaning for him.

Lord Shiva when prayed to can control all ghosts and spirits. Lord Shiva is called “bholenaath” because he is simple. He is pleased easily and unlike Vishnu he does not worry much about the consequences of boons as he is not concerned with the sustenance of the world as he sees it as something that will be destroyed any ways.

What should I do if I suspect ghosts are after me ?

This mantra basically asks forgiveness from Lord Shiva and requests cleansing of your soul. Once you have chanted this mantra quietly for 108 times. Take out your fingers from the water. The water is now tirtha that you can spray on yourself and around the house to cleanse it. If the haunting is around the space this should create a protective space for you. If the haunting is on your person then this mantra will protect you.

You can also carry this water with you, mix it with vegetarian satvik food and mix it with your bathing water. Please note that Lord Shiva does not like braggin, pride and abuse. If you engage in these sort of behaviors then the water will lose its potency.

If you can continue this ritual from Amavasya (New moon day) to Amavasya (New Moon Day) your mantra will gain enough potency to permanently free the ghosts of their miserable lives and help them pass over to the world where they belong.

Mantras to deal with anxiety