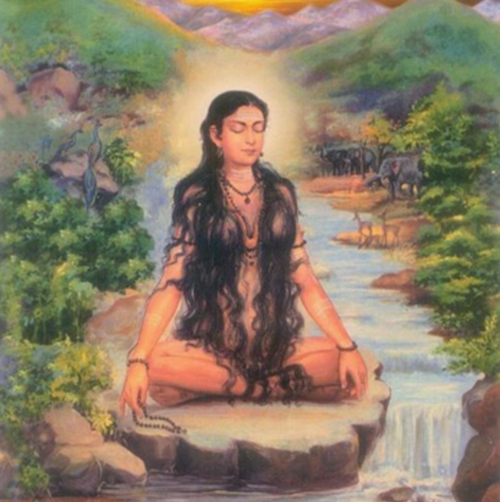 Throughout human history, human beings have spoken about ghosts.  Ghosts are often dead people who can still be seen and interacted with. Sometimes ghosts are good where as sometimes they are bad. But in Hindu perspective are ghosts real ? Do they exit ?

Hindu view as put forward by vedas is very simple. We are all living in a ‘maya’. It means we perceive a reality through out mind, intellect, memory and body. The entire existence is a function of these 4 elements. The ‘atman’ or the soul on other hand is beyond all this. It is imperceptible but it is also the part of supreme reality. What happens after death ? A person’s body is destroyed but his mind, intellect and memory dissolve slowly. While majority part of these are physiological it gets destroyed with the body’s biological processes. For example some people with brain damage lose their memories or their behavior or intellect changes. This tells you intellect comes from brain. But there is a “jiva”, an abstract entity that gives “life” the “life”. As the person dies the jiva moves on.

We do not know what the jiva actually is. It is this jiva that reincarnates and potentially posses some amount of memory and intellect. We sometimes see this jiva’s transition as ghosts. The stronger your love for the dead, harder it is for the jiva to transition. That is why it is important that you burn the body, burn everything else and try to forget the person. One should not be too attached to dead person’s items.

Other being as ghosts

Hinduism recognizes existence of several beings other than humans. There are hundreds of other types of beings living with us. There are Yakshas, Gandharvas, Rakshasas, Asuras, Apsaras, Cursed gods and other celestial beings, Pret-atma, Pishachh, Nagas, siddhas, rishis, betaal, bramharakshas, chandaals and what not. A lot of these even if they are just evolved human beings (like Rishi or Siddha) or fallen humans like cursed humans, they are seen by some as ghosts.

These species live with us and sometimes you do not even notice them. Some of them might occupy places like abandoned homes, graveyards, fields, common paths and so on.

Devatas and Siddhas who lived in this land thousands of years ago created a complex system of protecting the region. Nagas or Brahmhrakshas were created and were responsible for protection of land, forests, animals, water bodies etc. Yakshas on other hand exclusively lived near large water bodies.

As the kaliyuga passes, these people continued to live around these places. We burned the forests and polluted the rivers. These species then get cursed for their failure to do their duty. They then roam around sometimes acting malevolently.

In India’s rural villages still, where nature still exists some of the protecting spirits can still be seen and experience and one can also enjoy their benevolence and benefits.

Mount Shasta and Lake Shasta are two important landmarks in USA’s California where Nagas and Yakshas continue to exist and are seen. The Big foot in California is one such spirit but it is not clear what kind of spirit he or she is.

The central and south america is full of such Yakshas. In fact one of the major cities in Central America was called “Yaxilla” during mayan civilization.

The Maya city, Yaxchila, or Yaksha-Sila, यक्षशिला
Temples’ lintels in this city show strong links to the carvings and decorations of the Yakshas in India, in Sanskrit PaShan (पाषण)
like the hindus, the Mayas also had in their temples a special room, called chilambalam by the Mayas. there is evidence Hanuman was worshipped by the Mayas, there are statues in temples.

The Mayas probably became interesting in tracking the rising and setting of the planet Venus, from Vedic astrology, there are also many similarities of the knowledge about this planet in both civilization. This also shows a clear and definite connection. It is almost certain the Hindus did visit, and stayed teaching much about their civilization to the Mayas. [Source]