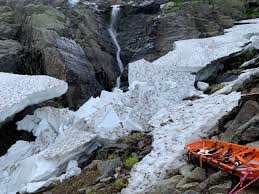 This is a loose English translation of a hindi article written in 1975 about the the place called Siddhashram or Gyanganj.  It was written by a government..

Background: Dr. Roy (name changed) was assigned by Indian government to investigate mysterious disappearance of several people in a remote Himalayan town. It was suspected that this could be some kind of chinese mischief. However Dr. Roy ended up reaching the place shambhala or siddhashram. This is what he wrote.

It was the month of June when I was asked to go to this specific remote town in Himachal pradesh. I will not name the town as it might bring it unwanted attention. Around 12 men from this town had disappeared with no trace. Locals as well has police had spent enough time searching for them. Some said this could be doing of Chinese spies. My job was to find facts. I must say I was not very pleased to hike into the mountains given the Bengali beach lover I was. As the day of my departure to Himachal Pradesh came near I was troubled by sleeplessness and with visions of a giant waterfall.

I was received with exceptional hospitality by the locals. The town was a small village with barely any home having electricity, two grocery stores, one doctor and a school. A large market few kilometers away brought in a lot of tourists and most villagers worked there. In the village was a temple of a mysterious rishi. There was no worship as it was a rishi and not God. But clearly it was revered place. These people had vanished over a period of several weeks.

I talked to the family members of the missing people. These were perfectly ordinary people mostly earning their living by cutting wood, growing vegetables and milking cows. No predatory animal was seen in the village except some small wolves. No dead animals. The local police officer was just as clueless. He suspected these men might have gone off to Shimla or some city for some sudden unexpected reason.

With the help of two young men I decided to scope out the mountains and try to find any clues but there was none. However something interesting happened. I received a message about a missing tourist from Shimla. The tourist was from Germany and had gone missing 7 months ago and the Shimla police thought was in this village 7 months ago. His letters to his family in Germany had mention of this village. But it was not clear where exactly he disappeared. Indian army had conducted a search via helicopter at the request of German government and had failed to find anything. I asked to to see the copies of those letters. In those letters he had mentioned one interesting fact, a path he was following was exactly the same walked by a sage from rishikesh. This sage had walked the himalayas and had written books about the Yogis in himalaya. One of the points on this path was Moon waterfall. A glacial waterfall which was extremely hard to access. Almost no locals had seen it but had only heard of it.

I immediately hired 2 young and brave folks from the village and packed stuff to hike to the mountain, I had a hunch that the German tourist might have walked the same path as sage and for some reason had vanished for the same reason as these 12 folks. Upon hearing of my trip a sherpa from another town also offered to help for money. I gladly accepted. I was a trained mountaineer but I had never really liked it that much.

On day three with reached an interesting place which clearly was inhabited recently. We could see that there were signs of a camp setup. Some burned wood. Some signs of fight, as if a person was dragged. We found pieces of clothes around as well but no blood. We continued to look around to find nothing. I wrote in my diary that there was a high chance one of the victims was here recently and something bad must have happened. Perhaps an animal attack or Chinese spies dragging him away.

On day 4th we were pretty close to waterfall, we had to climb a pretty steep mountain which looked like a giant vertical wall of ice. Our sherpa climbed up the mountain first and dropped ropes for us. But then the two other boys complained that they do not wish to travel further and would rather return back. Which was extremely surprising given that we were close to the iconic waterfall no one had seen recently. I had no option but to let them go.

We climbed the ice wall only to reach on a cliff from where I could see the legendary waterfall. It was frozen. Only few streams of water trickled down that frozen wall of water. It was July and yet it was super cold at the height that now I don’t remember. While the waterfall could be seen it was impossible to reach near it as before us and the waterfall lied a thousand feet steep ravine which simply scared me out of my wits. We looked around to find absolutely no evidence of any human being there. I took out my camera and took some photos which are still in my possession.

Another problem we had was that we had run out of out food supplies. While we had walked for 4 days, we expected the return journey to be only 2 days and hoped to catch some food/fruits or a wild animal to eat on our way back. As we search around I noticed that at one corner of the ravine lied a small hole. Almost like a cave. It was far away and it was not possible to go there without the help of ropes. But I wanted to know how deep the cave was one way way was to throw a big rock into it from far away which I did only to find that it did not hit anything that I could hear, which probably meant the cave was pretty deep inside.

I was on mission to find 12 missing men and not discovery of some treasure. But some clue I had found in the start were pretty serious and were pointing to something very unnatural so an investigation was needed. Sherpa suggested we tie ropes to a nearby rock and try to grapple down the ravine to reach near that entrace of the cave, the ropes were not long enough so very likely we will have to climb down around 25-30 feed without the help of ropes.

This was scary as I was completely out of my rock climbing skills. The sherpa on other hand seemed excited. He volunteered I tied the rope firmly to a large rock and helped him suite up and helped him grapple down.  I watched him go down for around 80feet where the rope ended. There was a large stone for him to land on. He then detached himself from the rope at that stage.  It was my turn next. I grappled down one step at a time and landed right next to the sherpa.

This time I volunteered to go down to the cave myself first. In case I fall, I knew sherpa might be able to help me out but not other way around. But to my surprise the entire climb turned out to be simple. it was almost the steps were carved out. I reached the entrance of the cave and I felt a big hole in my stomach. Our Shepra was not there. He ha vanished as if he had vanished in thin air. Neither there was any rope. I shouted his name a million times but there was no response other than the echo of my own voice.

I must admit I was never ever scared that much in life. I am not a lonely kind of a person. The sherpa was my companion. I did not expect him to run away but it was not clear what happened. Were Chinese here? Am I next ? Will the two village boys reach their village safely ? I was utterly scared.

I tried climbing back up, but without ropes I was stuck in the middle of a ravine. On one had I had thousand foot drop. On other hand an unclimbable wall. Several hours passed as I tried to plan an escape which included me thinking about making a makeshift rope of my clothes and try to climb back up. But as the sun started going down a chill started setting into air and I went into a panic attack.

It was at that time I decided to go back and investigate the cave. It was a hole in the ground almost 10 feet in diameter. I put a torch in front of me. It seemed like a nicely carved out smooth hole. I tried to find my way in. It was not straight it went zigzag and confirmed by doubts that it was not something that was natural. Perhaps it reaches a secret bunker by Chinese ? Does it reach to some other hideout ? What if there is mountain lion hiding in ? It was already dark outside and my stomach was growled of hunger.

As I reached at a point where the hole narrowed, I saw some symbols on the walls of the cave now, clear indication of humans being there before. I had real palpitations in my heart. The cave narrowed even more as now I had to crawl. A sweet smell however was in air. I left my bag behind as it was heavy and crawled in with the torch. after few meters I reached a much bigger room at the end of the cave. It was as if the cave had ended there much to my disappointment.

But then I turned to see something that I will not forget rest of my life. There, inside the cave sat a creature, a creature with white hair, Just sitting it was over 7 feet tall. it face the fall and sat in what I might think as a Padmasana facing nothing but the wall of the cave. I fainted, I fell. The torch dropped making a big noise which was further dwarfed by my own scream of fear. My eye went dark but not before the creature turned its head towards me. It’s face radiated a glow, its’s eyes were ice blue but burning. It’s face was scare with gnarly teeth, a big flat nose and large ears but it was not morbid. I do not remember much but everything going dark.

When I woke up.

In part two I will tell you what happened next. Please leave few comments for encouragement.