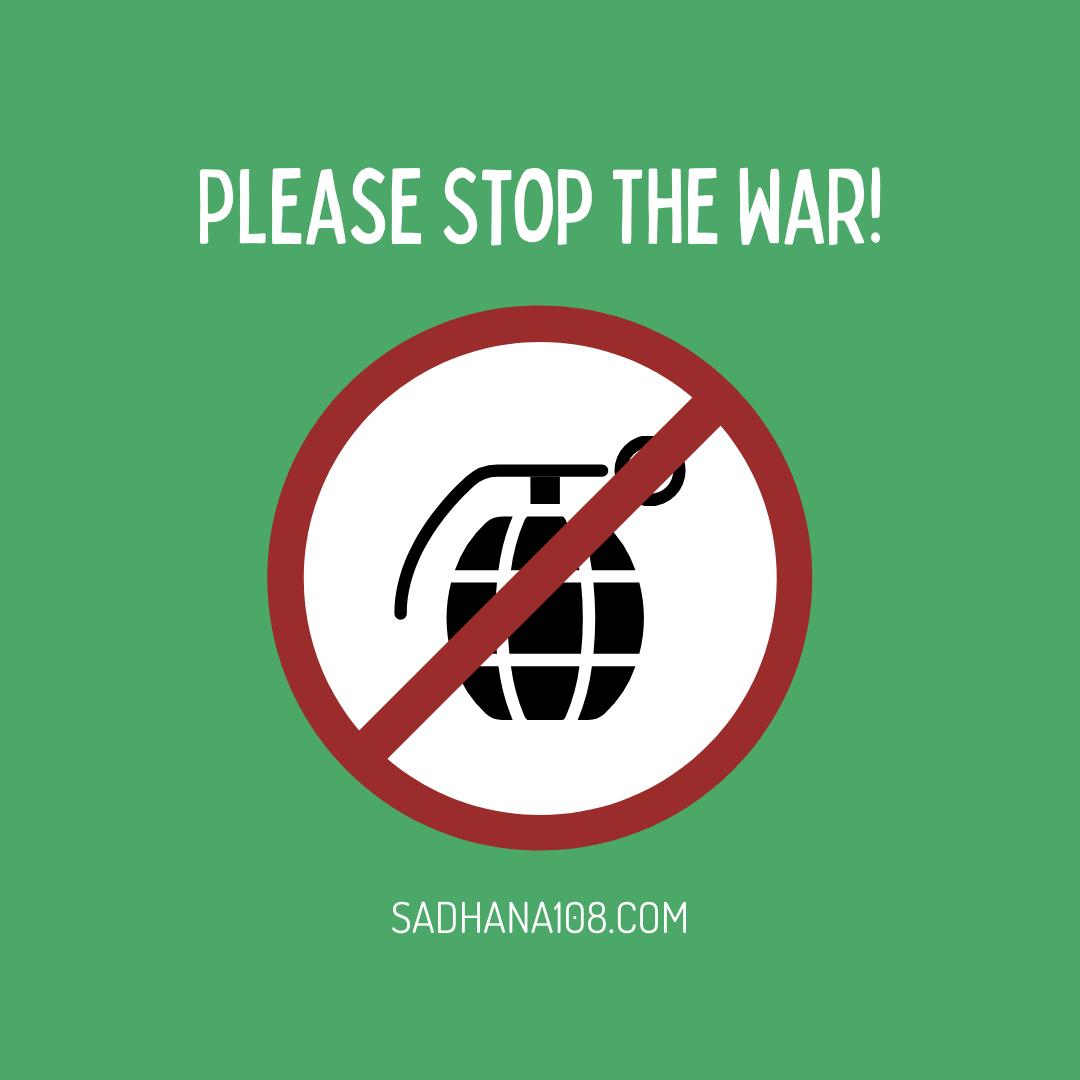 As the war in Ukraine rages on, we must feel sad for all the innocent citizens who are losing their everything in those places. War is harsh and is a result of several complex factors including the position of planets and karmic consequences of the geographies.

Improve the karmic destiny of your land.

The best way is to achieve this by making small shrines for local gods and gods like Hanuman, Rama and Shiva wherever you can. Especially near the crossroads.

Pilgrimage or Yatra is an important aspect in all the religions. This is about honoring the geography of the land you are living it. Walking through paths that your ancestors walked, honoring their sacrifices and experiences.

It is worth noting that some of the most war torn religions are ironically where many religions started and spread from. Kashmir was center of Hindu philosophy, Israel, Lebanon, Syria is where Christianity/Jews/Islam started/spread/proliferated. Yet, these regions are today war torn. The spiritual potential of these regions has decayed bringing immense karmic negativity to these regions.

When Taliban destroyed Bamiyan Buddhas we were shocked, but Taliban was bombed by Americans within couple of years into oblivion.

The solution is to create local gods that protect small region and bigger gods for overall protection. Offer flows, oils and other alms to these gods on regular basis as you request for their protection. Often you may not know who is the god but a simple shrine with stones or wood is good enough.

One should read mantras in groups in order to attract blessing from various Gods. Chanting collectively improves survival of the entire region.

The best mantra for protecting yourself from war and violence is Gajendra Moksham stotram. As you can remember from this story an innocent Elephant is attacked by a crocodile in a river and the elephant in agony calls out to lord Vishnu. Lord Vishnu appears and helps the elephant.

If you are unable to chant the entire Sanskrit Mantra which is very potent, I recommend you chant only the following line with the objective of chanting it at least 1 lakh times.

If chanting collectively you must chant this 1 crore times collectively. That is 100 people can chant 1,00,000 times each.

This mantra will protect your region from the bad karmic consequences.