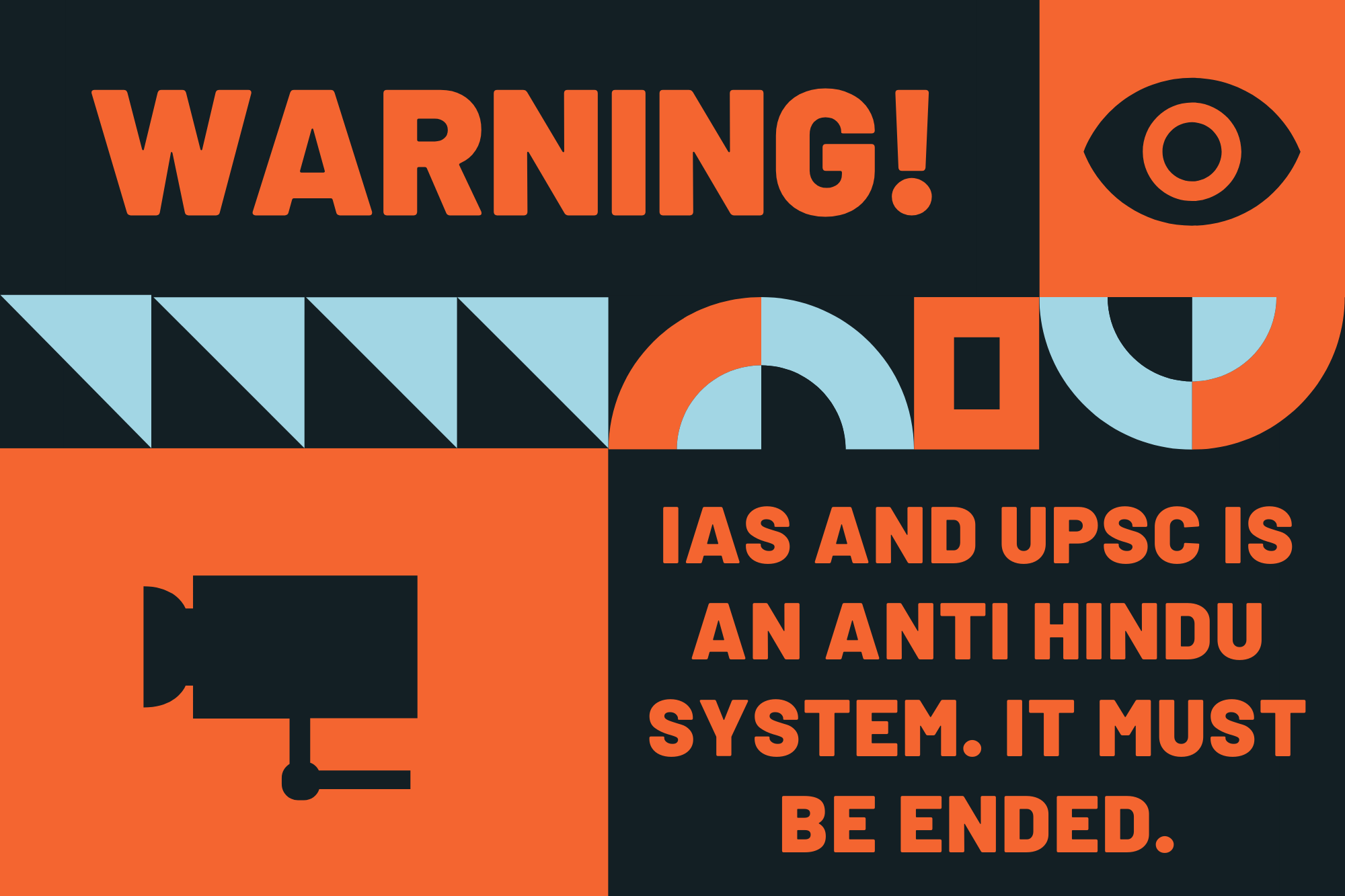 Vision IAS is an IAS coaching center. What terror camps in Pakistan are for Hijbul Muhaheedin, these coaching centers are the same for IAS folks who will later become the alpha babus of the oppressive and discriminatory Indian state.

Indian babus are tyrants. They are a relic of British era system that was meant to keep heathens in line so they could be exploited for the benefit of the state. Today these people continue the same policies such as regulating only Hindu schools or controlling only Hindu temples.

Vision IAS is just a drop in the bucket of these brainwashing centers which take kids from middle class and brainwash them into becoming the tyrants for their fellow citizens. So telling them that fellow citizens and especially Hindus are worth treating poorly is the key.

Here is a Vision IAS teacher who describes Bhakti as a “cult”. Note the disdain she shows for the “cult” which includes people from entire Hindu pantheon from Tukaram to Meera and from Kabir to Prabhupaad. More importantly everything she says is not even remotely true. But probably that is the version of “alternate reality” one must learn to become IAS.

But this is not the case of some incompetent teacher teaching nonsense. This appears to be the standard pattern in the institute.

Here is another brilliant teacher explaining how Auranzeb helped Hindus by destroying their temples.

These are the teacher who are moulding young Indian minds to become civil servants who will eventually control our temples, other departments, become our collectors, police officers and more importantly incharge of our education system.

Let us remember this Chattisgarh IAS officer who beat up a little kid and still kept his job.

It is important that Hindus stay united and demand that the entire system of UPSC be dismantled for good. The babus will not go into a good nights sleep they must be dragged into it.