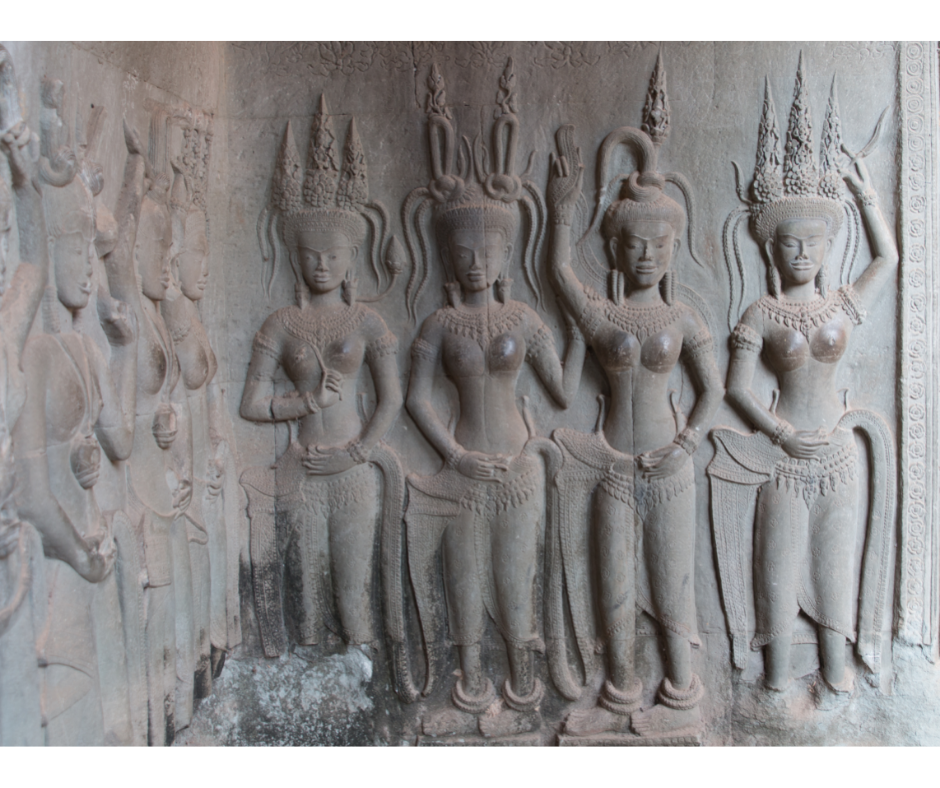 Apsaras are celestial nymphs. At least that is what they are called in English. These are beautiful women who are forever young and fertile. They exist for the pleasure of the Devas. However it is not to be assumed that they are mere objects rather all these women are extremely beautiful and also wise and with their own agency.

The Rigveda mentions these Apsaras as aquatic nymphs. Atharvaveda introduces Apsaras as the inhabitants of the waters. It discusses their heavenly association with the stars, clouds and rain. The Satapatha Brahmana Samhita often describes Apsars as transforming themselves into a kind of a marine bird. The Apsaras are seen in close contact with the woods and the wet. The Atharvaveda puts forward that the Apsaras are fond of the dice game and create the basis to bring in fortune at the dice play. They are also feared as causing mental void. There are two types of Apsaras -Aloukika (worldly) and daivika (Divine). [Source]

Apsaras appear in both Hindu as well as Buddhist literature very extensively. They are mysterious women. In some cases they live in heaven but in many cases they either live in forests or near water but they are not entirely mermaids.

Apsaras are also a bit of tragic characters in mythology. They are often subject of curses, lost love and lost children. In plays like Vikramovarshiya aparas descend on earth from heaven to marry a mortal but have to eventually see their loves one die before their own eyes.

This reminds me of Lord of the Rings and how Elves who have long lives often have to see their human lovers age and die right before their eyes.

It is common for pagan cultures to often have mysterious women as one of the temptations than brave men have to face. Sometimes they are the Femme Fatale. The women who cause downfall of great men.

These mysterious characters have been part of many great stories in both Hinduism and Buddhism and continue to be remembered along side other great characters and gods.