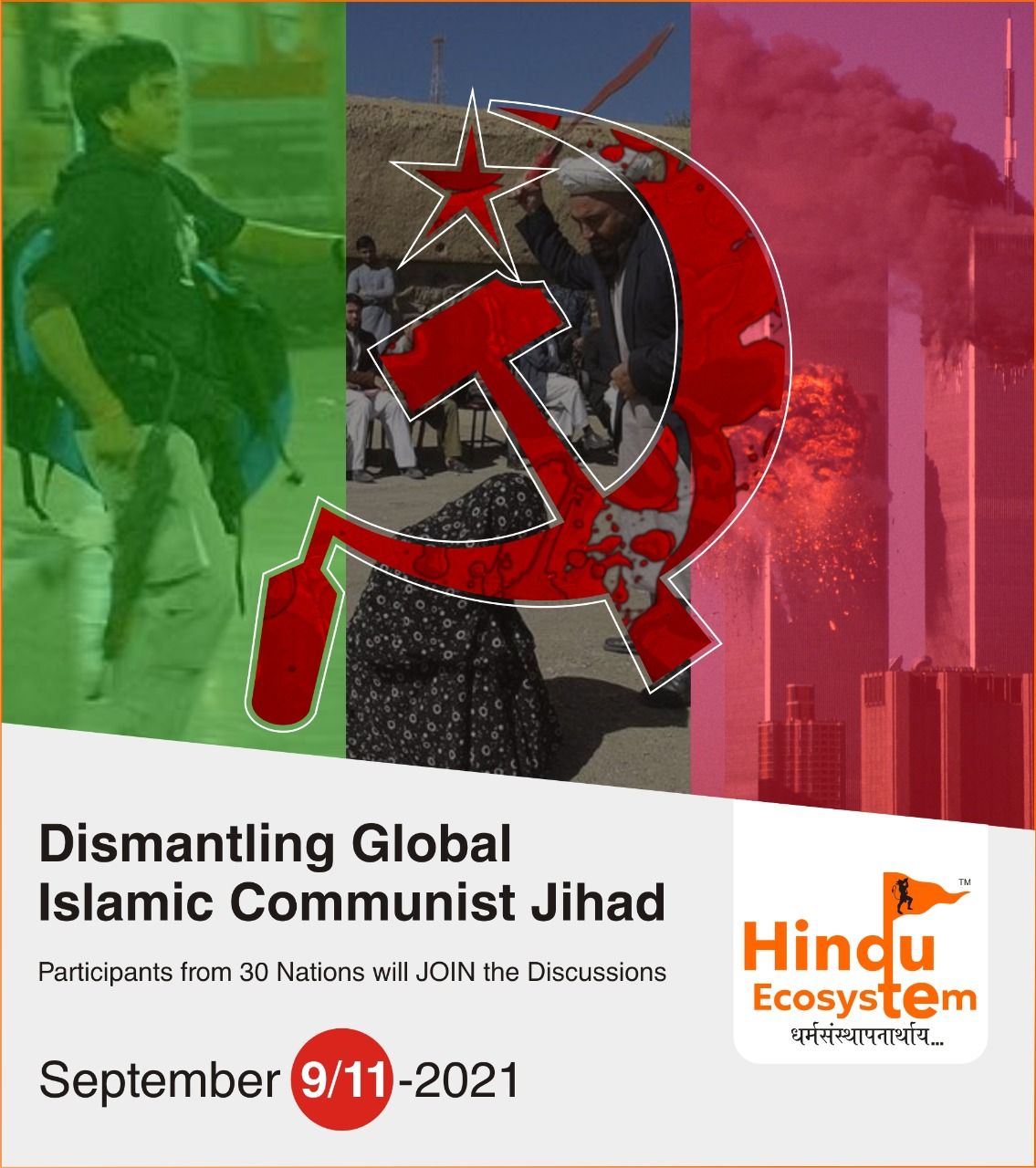 Failed idea of communism has taken root into where all losers tend to hangout. The liberal arts departments of various American universities. But this time their nexus is global and much more evil.

National socialism or popularly known as Nazi system was about government control of population for “greater good” and “efficiency”. The desire of Nazis was to create one dominant super race and to achieve that they had to use someone as a straw-man. They used Jews. What happened after that is a history lesson that involved blood and tears.

This time the communists have created a nexus with global jihadi groups. On the very anniversary one of the biggest Jihadi attacks on western world, they have organized “Dismantling Global Hindutva” conference making it appear as if it is the cow worshipping Hindus along with white people are conspiring to destroy world peace. Their language in dangerously close to what Nazis used against Jewish people.

Idea to show entire group of people as evil, plotting to take over the world without providing a shred of evidence.

Dismantling Global Islamic Communist Jihad is a conference being setup as response to this. As firm believers in free speech, Hindus always advocate for academic debate and battle of ideas. Good ideas always win against failed and violent ideologies like Communism and Islamism.

Mark your calendars and support this even.