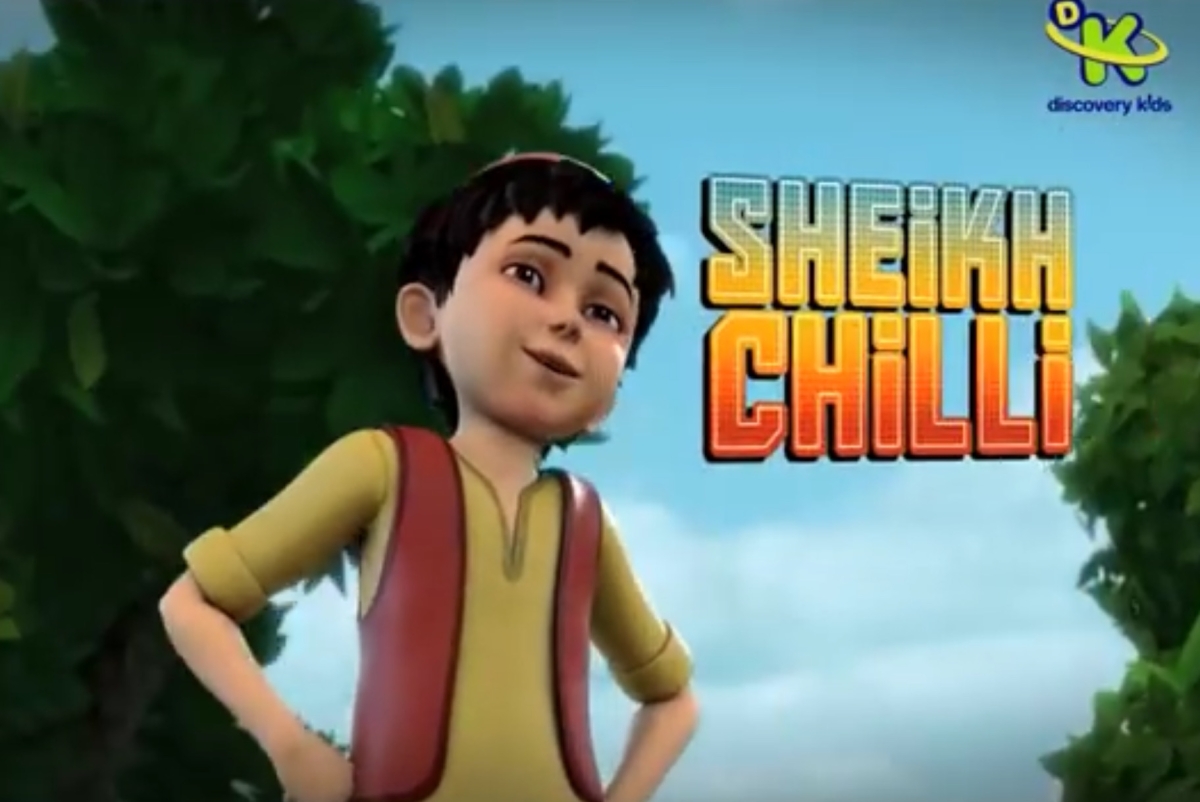 It is a well known fact that Udruwood aka bollywood has become an Islamic cartel enabled by a colonial government protections like Censor Boards, Entertainment Taxes and so on. The streaming media companies like Netflix, Amazon on other hand have helped small time Hindu indie program creators compete with these giants. Netflix as of today has two fully sanskrit movies and amazing programs such as Raja Rasoi aur Anya Kahaniya. Of course there are also Hinduphobic, native hating programs like Pataal lok too but the market forces have ensured they flop pretty quickly. Without the government control, streaming media will quickly figure out what programs are profitable.

However one of the worst of worst program recently appeared on doordarshan in the form of “Shekhchilli”. It turns out that series like Chota Bhim because of their intrinsic value does not find a market in Pakistan or Saudi and hence the same Islamic forced thought that they can peddle a fake Islamic icon among Indian children like Shek Chilli (not he is not Indian in any sense).

In one of the episodes little shekh chilli lies to a little girl Bulbuli with the help of his friends in order to become her friend. This as Pakistnai Sex Grooming gand operation written all over it and it reflects the third rate mentality of the authors and producers. These people should not anywhere that involves children.

The derogatory portrayal of Hindu gurus is not the only problem with the show, ‘Sheikh Chilli and Friendz’, that was recently dropped by Doordarshan after outrage.

The episode, named Bulbuli se Dosti (friendship with Bulbuli), begins like this: Sheikh Chilli’s pet donkey named Bulkul is stalking a she-donkey and dreaming that he strikes “friendship” with her. When the she-donkey asks why he is stalking her, the he-donkey can’t gather the courage to talk to her. The she-donkey reveals that she is Bulbuli, the only daughter of business tycoon Seth Heeralal. Hearing this, Bulbul faints.

Bulbul is besotted with Bulbuli even though he does not know about her nature and has never struck a conversation with her. The infatuation is based on her looks alone.

When his friends – Sheikh Chilli, his jinn Noorie and a talking toy named Khatku – ask Bulbul why he is feeling low, he says he is too insignificant for the rich Bulbuli. “But she is your ‘jaan’,” declares Khatku.

As can be seen, this episode of the children’s show Sheikh Chilli and Friendz has lifted its plot straight from several Bollywood films, particularly of the 1990s, that glorified stalking and use of fraud identity to win over a girl.

Bollywood has glorified stalking of women lying to have sex and even marriage. Now this cancer is reaching our children’s mind.

Responsible parents must put an immediate end to this and ensure that their children are more into Japanese Anime like Doaremon or Shinchan or Naruto rather than this urduwood crap.