How secularists used a Krishna painting to insult Hindu gods 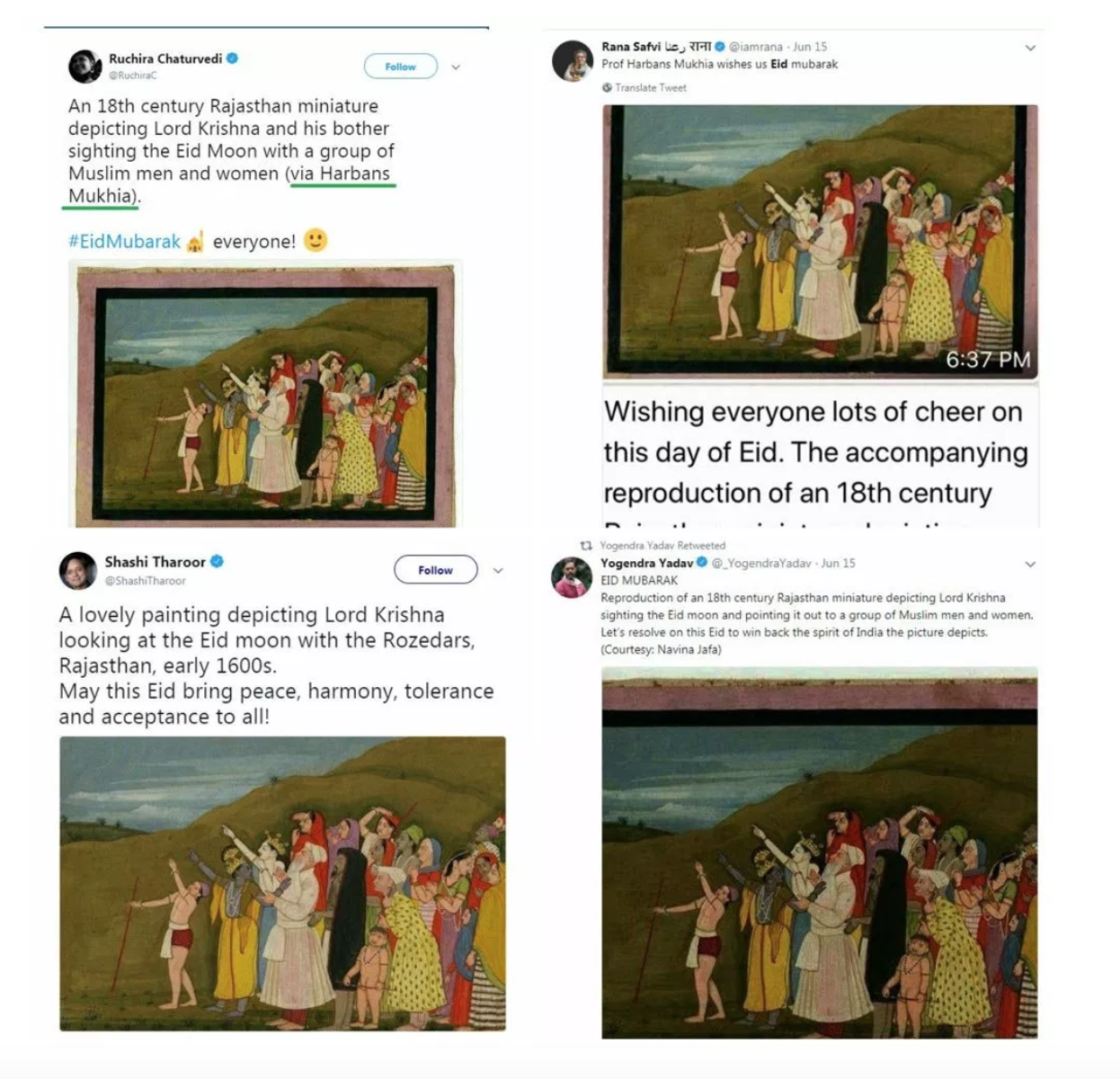 What they were actually saying was that when your pagan God like Krishna bows before allah and accepts his supremacy why should you unclean Hindus not do the same and bow before allah.

It is also possible that these people are so deluded that they think that the deep hatred in Islam for Pagan religions is fake and hence they are willing to fabricate any evidence to show otherwise.

True Indology the anonymous twitter handle single handedly has been busting such propaganda for last couple of years quickly asked each of these to produce their sources. Obviously none of them could.

Prominent Art Historian Goswami however put a curtain on the entire fake propaganda telling us that almost everything mentioned by Islamists is false. The painting is not Rajasthani, the bearded men are not muslim and Krishna is not pointing to moon.

Publisher Indu Chandrasekhar shared the response of prominent art historian Professor B N Goswami on the matter. Professor Goswamy refuted all the claims made by the ‘Eid moon’ enthusiasts. He clarified that the painting is not from Rajasthan or Mughal heritage but it belongs to the first generation of artists after Manaku and Nainsukh along the Tehri-Garhwal style. He asserted that the ‘bearded man’ is, in fact, Nanda Maharaj and he has been depicted in similar dress and style in all the paintings of this style. Professor Goswami also stated that the current whereabouts of this painting are unknown and if located, it must include a folio explaining the sequence from Bhagavata Purana like other Pahari paintings of the similar style.

There is nothing wrong in wishing for communal harmony. But there is should be a clear demarcation between facts and dressed-up propaganda. The painting which was made by Pahari artists showing their devotion to Krishna and depicting sequences from Bhagavata Purana has been knowingly or unknowingly misrepresented, by people who should have known better. Indian history has been cut to size and customized to fit into ‘secular, liberal’ standards in every aspect. Misrepresenting Hindu paintings showing Hindu gods to propagate those standards is unfortunate. It is more saddening when the appropriation is done by people who themselves cry hoarse over ‘fake news’. [source]

Note to dear Hindus. Do not share crap coming from the likes of Shashi Tharoor and Yogendra Yadav.