How a temple is Kerala resisting Government and Communist takeover 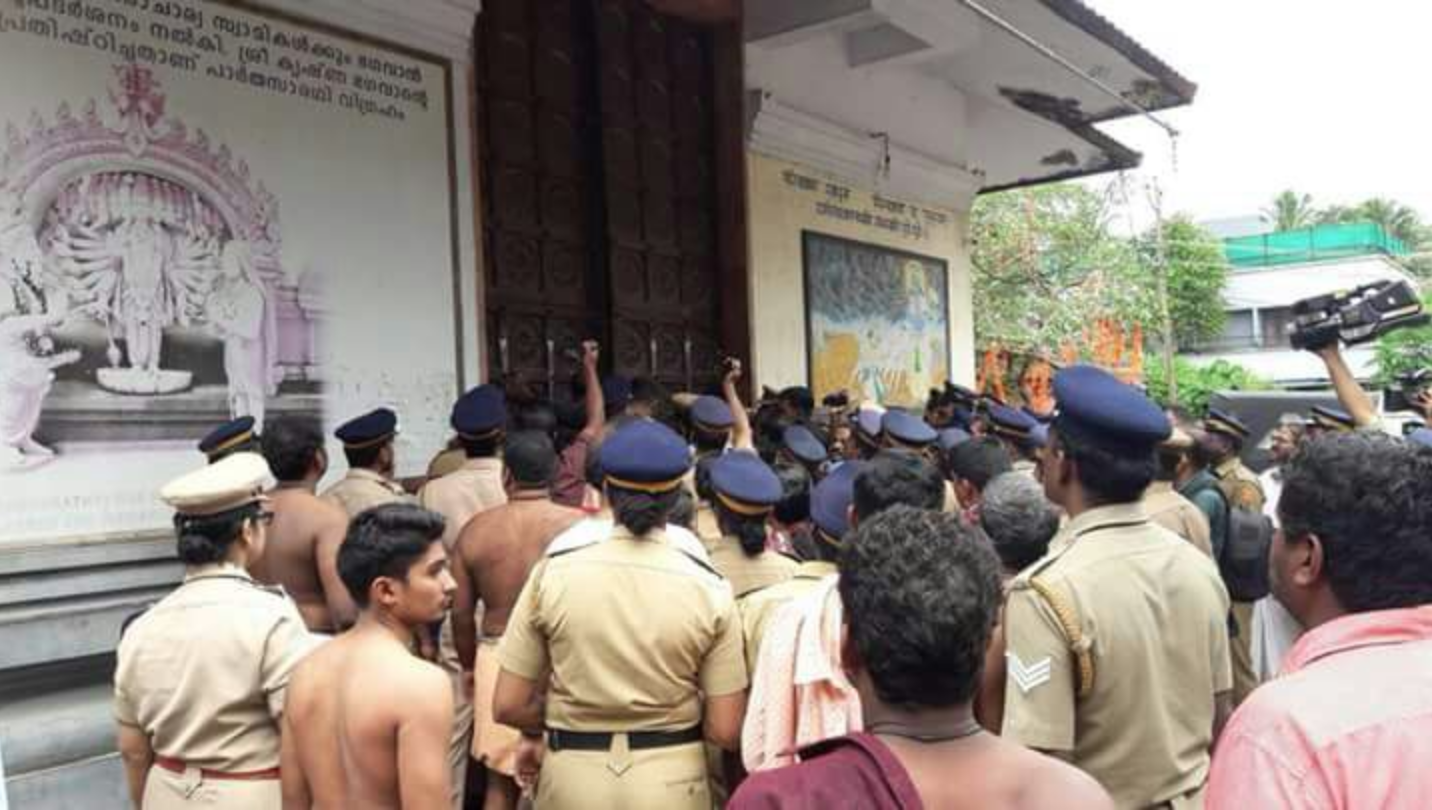 HinduPost.in has an excellent report on how the Parthasarathy temple is resisting all government and communist efforts to take over the temple.

The temple town of Guruvayur, famous for the Sri Krishnaswamy temple is also an abode of several ancient less known temples. One of them is the Sree Parthasarathy Temple situated at about 1 km distance from Guruvayurappan Temple and is dedicated to Sri Krishna in the form of Parthasarathy (Arjuna’s Charioteer).

It is believed that the murti of Parthasarathy here was worshipped by Kunti Devi (the mother of Pandavas) during dvapara yuga. After having the darshan of Guruvayurappan, as per the directions of Narada Maharshi, it is believed that Jagadguru Sri Adi Shankaracharya found this murti of Parthasarathy in Ganga. The Acharya then installed the murti in Guruvayur and erected a temple for Parthasarathy. He then established the ritual practices to be followed in the temple and handed over the administration of this temple to Nadvuil Madom Swamiyar. Later on, the authority of the temple came into the hands of Mallissery Mana. During the invasion of Tipu Sultan, this glorious temple was looted and destroyed as a result of which it remained forsaken by all for many years.

In 1971, when the roof of the Sanctum Sanctorum succumbed due to dilapidation, the remains of this temple were inspected by the local devotees. During this process, they recovered the murti of Sri Parthasarathy under the debris. The local devotees restarted the worship in the temple after rebuilding the temple.

Unlike many temples in Kerala, Sree Parthasarathy Temple is still administered by a private committee in a proper dharmic manner. Recently, the temple became a center of dispute when the secular government controlled Malabar Devaswom Board tried to take over the temple administration by citing mismanagement. The government attempt to take over the temple started when three employees were fired from the temple. One was fired after he desecrated the temple by entering the temple drunk and vomiting all over. The second one had put up communist posters and party flags in temple premises and the third was fired for mismanagement of temple money. The fired employees with the support of local communist party authorities complained to the ruling LDF government about abstract mismanagement in the temple provoking government interference.

The Malabar Devaswom Board after forcefully taking over the temple and removed all existing employees from the temple. When the committee currently managing the temple went to court against the takeover and obtained a stay order, the Devaswom employees broke open the hundi and strong room and took away all the money and ornaments and other valuables present in the temple. The valuables and the money are still with the Devaswom officials, and nobody has any clue about the amount of money which was present in the Hundi then. Last month, while the case was before the court, Devaswom officials once again tried to enter the temple for takeover with the help of police. The local devotees and temple employees, engaged in a protest by shutting the doors of the temple to prevent the Devaswom officials and police from entering the temple. Two cases were filed against the devotees obstructing the officials from performing their duty. The cops who came to the temple in mufti identified the strong-willed among the devotees and later arrested them. But the court has granted bail for all the 37 devotees arrested and accused by police.

The Leftist government in Kerala is trying its best to destroy the Hindu temples in undemocratic means, even when the matter lies before the court. Hindus in Kerala are fighting a lone battle for their survival and protection of temples. Will Hindus from other states join them to protect our country’s ancient temple or will they remain as mute spectators? Only time will tell.