Hinduism call for an armed and vigilant society – Parag Tope 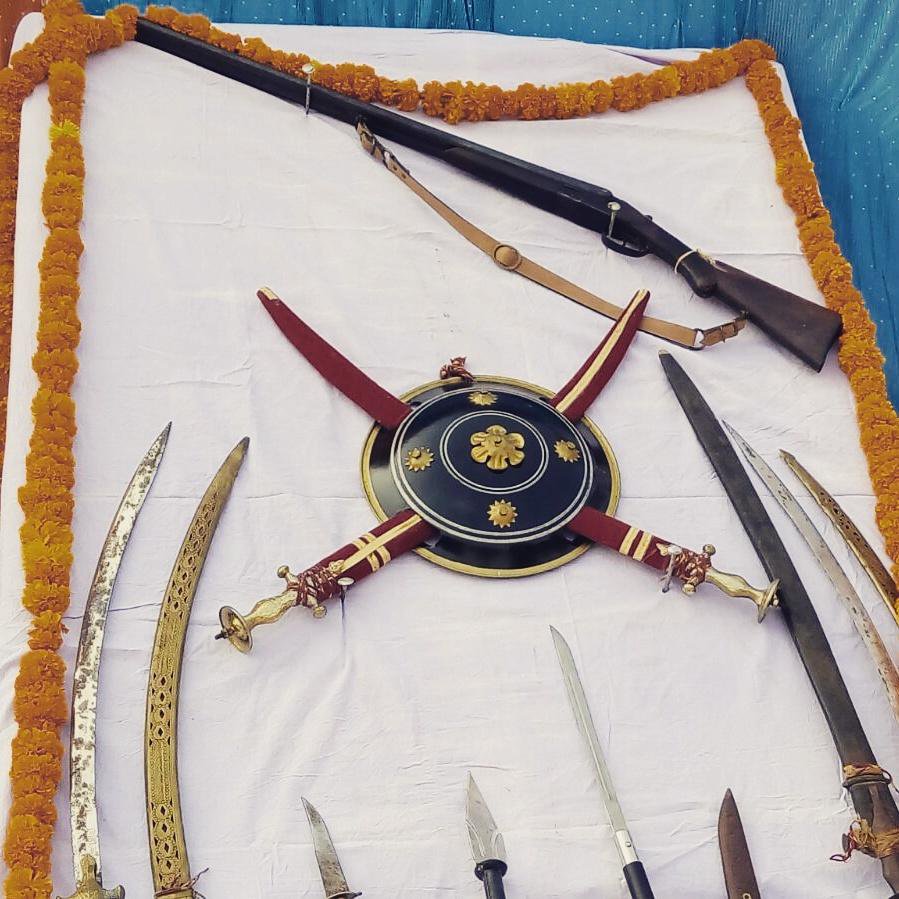 This article is being reproduced from AmericanThinker.com

A letter from the Hindu American Foundation (HAF) to President Barack Obama proposing new gun control laws claims to be a message containing the Hindu viewpoint. As a person whose ancestor, Tatya Tope, took up arms and died fighting English oppression while leading the Anglo-Indian war of 1857, I find HAF’s proposals not only offensive to me as an individual, but also a deliberate and mischievous interpretation of Hindu thought, teachings, and experience in order to advance its political objectives. After the 1857 war, the English created laws to disarm the Indian population. Writing in his autobiography, M. K. Gandhi termed this disarming of India as the blackest misdeed perpetrated by the English.

By putting the claim of collective good at the forefront of its argument, HAF has blindly adopted the position of those who label themselves “progressives” and has tried passing it off as the position of Hindus in America. Hindus are active in a broad spectrum of the productive sectors of the American economy and are known to oppose government regulations in overwhelming numbers. Therefore, HAF’s position is at odds with facts and it cannot be accepted as the representative voice of Hindus in America.

Hinduism’s long continuity has rested on three pillars. First, the traditions and festivals that Hindus follow. Second, the stories that have been passed on across generations, and third, the philosophies that have been preserved in various forms. While this triad encompasses a broad spectrum of ideas, there is one theme that is consistent across all of them. Resisting oppression. This holds particularly true in the countless stories that retell how oppressive forces were defeated using weapons, and in the corresponding festivals that celebrate the successes in defeating such oppressive forces.

Hindu society looked to their kings as leaders, but never outsourced its security entirely to the kings. In fact, the society specifically structured itself so that a significant portion of the civilian population armed itself, and accepted the responsibility of defense against any form of oppression, even their king if necessary. Defending the population became their duty, even if they were not on the payroll of the king. This idea of self-reliance is not only key to the structure of Hindu society, but is also represented in several stories and is consistent with Hindu tradition.

This tradition was put into practice during the Anglo-Indian war of 1857. The English rule was oppressive not only in an economic context, but also in creating laws that interfered with Hindu traditions and customs. This war against the English was led by both men and women leaders such as Nana Saheb, Baija Bai Shinde, Lakshmi Bai, Bahadur Shah Zafar, Firoz Shah, Tatya Tope amongst several others. While the planning of the war was done by the leaders, they received resounding civilian support in the form of transportation, supply logistics, and also military enlistment. When the war did not subside even after most Indian leaders were killed, the English publicized a treaty with the Indian population. In the terms of the declaration, the English withdrew the oppressive laws and scaled back their interference in Hindu traditions even as they continued their economic plunder.

This partial victory in the war of 1857 was the result of a large-scale civilian contribution to an armed resistance against an intrusive and oppressive government. This demonstration of voluntary support is rooted in the Hindu experience, which encourages individuals to take personal responsibility for their actions.

The idea that society must defend itself has been celebrated for thousands of years in an annual festival called Vijaya Dashmi (the day of victory). On this day many Hindus perform an important ritual called Shastra Puja (Sanskrit for “honoring weapons”) which is a celebration of the day when the Hindu hero Arjuna emerged victorious in a just war after retrieving his weapons that he had hidden away. The weapons used during this festival have changed over time, and today, the weapons in a typical Shastra Puja include not only swords, but also guns of all types. Honoring them as part of a festival publicly demonstrates the underlying desire for self-reliance of individuals in society.

This idea of self-reliance is a recurring theme in Hindu thought, be it of the mind, body, or society. This particular aspect of Hindu tradition is consistent with the Second Amendment of the U.S. Constitution, and therefore, like many Hindus, I explicitly support the constitutional right to bear arms.

Any attempt to negate this right is not only against the ideas in the Second Amendment but also against long-standing Hindu tradition and wisdom. HAF’s document containing suggestions to deal with the imagined problem due to the existence of guns in USA simply repeats the points authored by some far-left group.

HAF describes itself as a “progressive” Hindu voice and demands an invasion into the privacy of law-abiding citizens who have purchased weapons by asking the government to maintain the records of “buyers whose NICS background checks were approved.” It also calls for outlawing weapons capable of inflicting “widespread harm” using language that can be used to justify a complete ban on the possession of weapons. This call for a ban on gun ownership in society is an eerie reminder of the disarming of India and the oppressive English rule that followed. Hindus should remember that the infamous Jallianwala Bagh (Amritsar) massacre of 1919 took place after India was disarmed. It was ordered by an English general on an unarmed public gathering that included men, women, senior citizens, and children, and over a thousand people were killed in a matter of minutes.

Over the past few decades, Hindus have been the first targets of the global leftist movement and have been repeatedly attacked and demonized as “violators of human rights” when they have used arms to defend themselves against terrorism, especially communist terrorism. Hindus in India have also been victims of the Indian government which has imposed the alien concept of socialism on them against their will.

Hindus in the U.S., whose traditions and festivals hold a special place for fighting oppressive forces, should reject HAF’s cynical call to impose restrictions on the society’s ability to defend itself against any oppression. They should also reject HAF’s request to the government to “urge” the media to carry only those messages sanitized by the government and thus trample on free-speech rights. In addition, the call to divert taxpayer funds to leftist political groups and their allies for conducting “research on guns, gun violence, etc.” should be firmly rejected.

Hindu values are consistent with the concepts of freedom and self-reliance and do not fit in with the so-called “progressive” position. Hindus should support political candidates and policies embodying these values, rather than supporting HAF which has quietly formed coalitions with leftists and is attempting to herd Hindus on behalf of leftist political groups by building a constituency based purely on ethnicity and religion.

Parag Tope lives in California and is the author of Operation Red Lotus, a book that details the planning and execution of India’s War against the English in 1857.