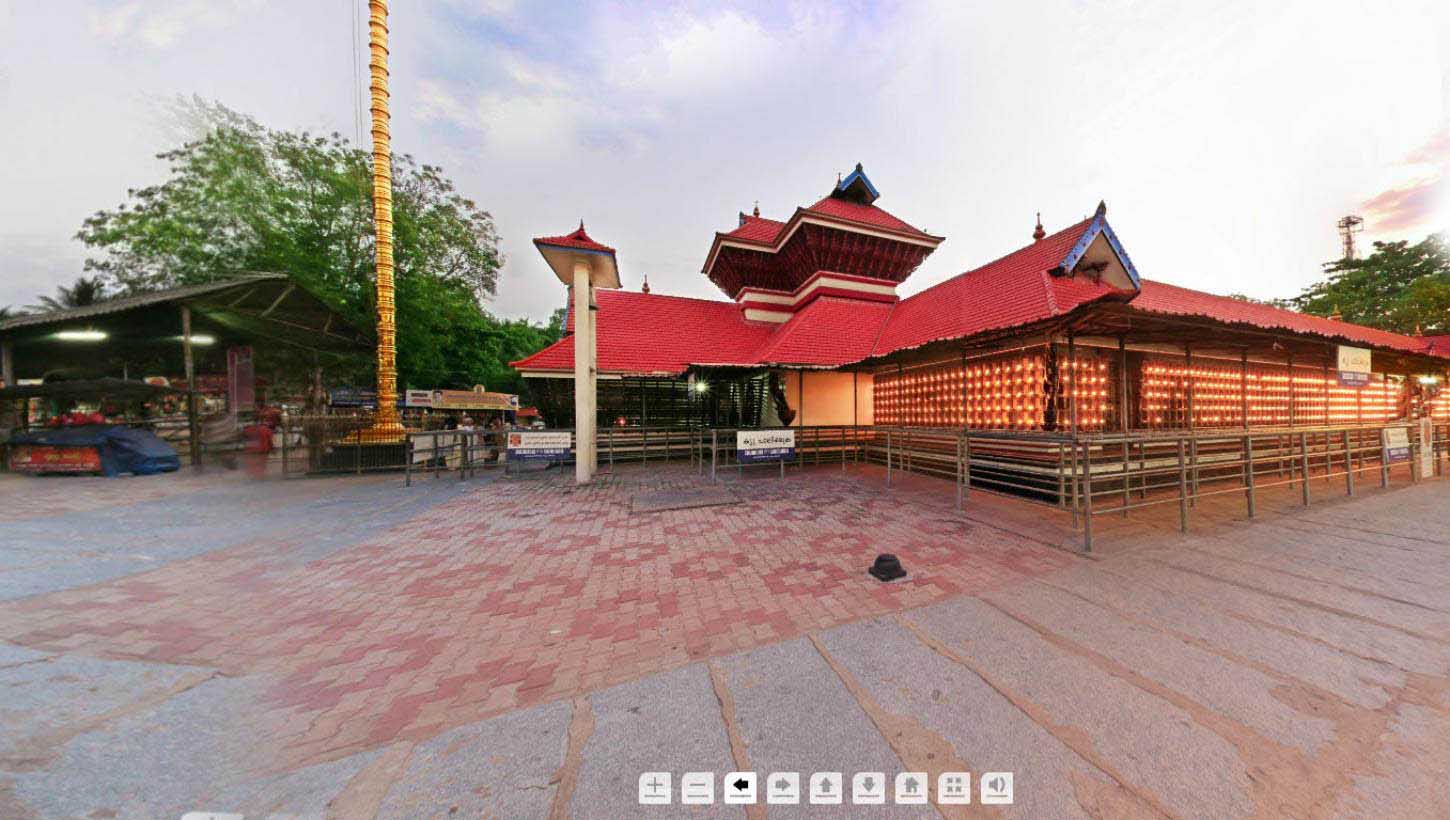 Chakkulathukavu Temple is a Hindu temple, dedicated to goddess Durga. The temple is located in Neerattupuram, Thalavady panchayat, Alappuzha District, Kerala and is one of the most popular temples in the state.

Bhagawathi is one of the most popular deities in the area. Pilgrims from all over South India visit and worship the Devi.The temple was less known even to the local residents and lay as a family temple of a local resident. This remained until it was renovated a few decades before.

Located on the banks of the holy Pampa River, Chakkulathukavu Temple has attracted pilgrims all over Kerala and became one of the most popular pilgrim centre of the state, thanks to the excellent promotional strategy of the temple management.

The major festival is Pongala which takes place in the temple during the month of Vrischikam (November/December).This is the time when the glory of the Goddess is at its peak. Lakhs of women devotees gather around the Chakkulathukavu Temple as early as even one week before the function. The temple premises will be overcrowded and the devotees arrange places for offering the pongala on both sides of the main streets. The queue usually extends to a surprising length of 20 km. Rice, coconut and jaggery are brought by women devotees along with round earthen pots for cooking. The Chief Priest lights the main hearth from the divine fire inside the sanctum sanctorum. This fIre is exchanged from one oven to another.

Panthrandu Noyampu is another festival celebrated at the temple. This is the type of fasting and prayer which qualifies the devotee for eternal blessings of Chakkulathamma. This fasting starts every year from the first day of the Malayalam month of Dhanu till the twelfth. The other festivals are Naree pooja, Thrikkarthaka.