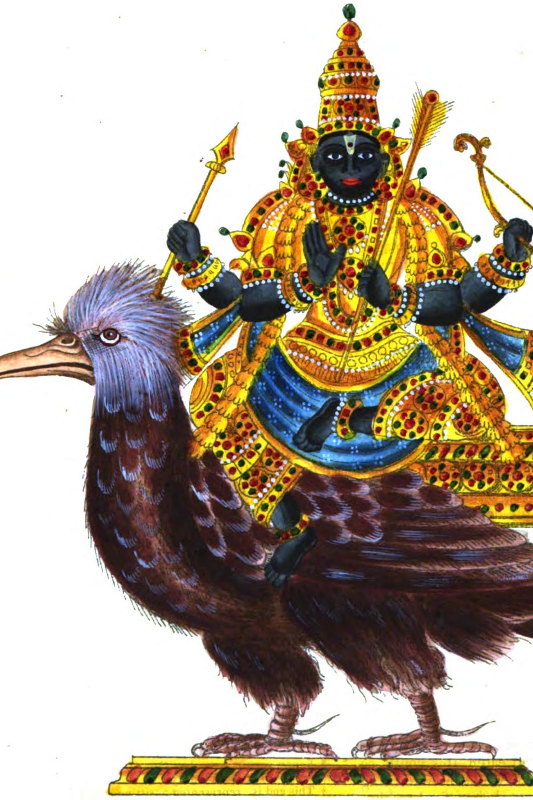 Shani  refers to planet Saturn, and is one of the 9 heavenly objects known as Navagraha in Hindu astrology. Shani is also a male deity in the Puranas, whose iconography consists of a handsome dark (black) figure carrying a sword (or another weapon) and sitting on a buffalo (or crow or vulture).

Shani as a planet appears in various Hindu astronomical texts in Sanskrit, such as the 5th century Aryabhatiya by Aryabhatta, the 6th century Romaka by Latadeva and Panca Siddhantika by Varahamihira, the 7th century Khandakhadyaka by Brahmagupta and the 8th century Sisyadhivrddida by Lalla. These texts present him as one of the planets and estimate the characteristics of the respective planetary motion. Other texts such as Surya Siddhanta dated to have been complete sometime between the 5th century and 10th century present their chapters on various planets as divine knowledge linked to deities.

The manuscripts of these texts exist in slightly different versions, present its’s motion in the skies, but vary in their data, suggesting that the text were open and revised over their lives. The texts slightly disagree in their data, in their measurements of Shani’s revolutions, apogee, epicycles, nodal longitudes, orbital inclination, and other parameters.