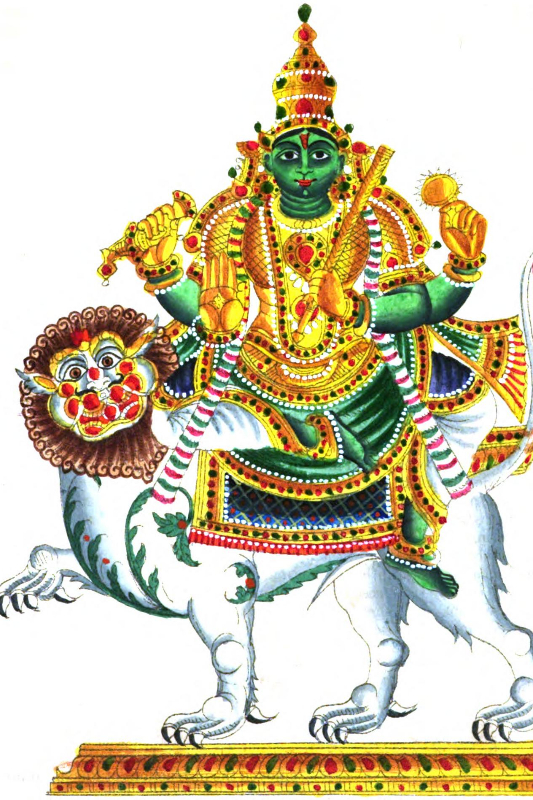 Budha is a Sanskrit word that connotes the planet Mercury. Budha, in Puranic mythology, is also a deity. He is also known as Saumya (Sanskrit: सौम्य, lit. son of Moon), Rauhineya and Tunga.

Budha as a planet appears in various Hindu astronomical texts in Sanskrit, such as the 5th century Aryabhatiya by Aryabhatta, the 6th century Romaka by Latadeva and Panca Siddhantika by Varahamihira, the 7th century Khandakhadyaka by Brahmagupta and the 8th century Sisyadhivrddida by Lalla. These texts present him as one of the planets and estimate the characteristics of the respective planetary motion.Other texts such as Surya Siddhanta dated to have been complete sometime between the 5th century and 10th century present their chapters on various planets with deity mythologies.

The manuscripts of these texts exist in slightly different versions, present his motion in the skies, but vary in their data, suggesting that the text were open and revised over their lives. The texts slightly disagree in their data, in their measurements of Budha’s revolutions, apogee, epicycles, nodal longitudes, orbital inclination, and other parameters. For example, both Khandakhadyaka and Surya Siddhanta of Varaha state that Budha completes 17,937,000 revolutions on its own axis every 4,320,000 years, and had an apogee (aphelia) of 220 degrees in 499 CE; while another manuscript of Surya Siddhanta increases the revolutions by 60 to 17,937,060, and the apogee to 220 degrees and 26 seconds.