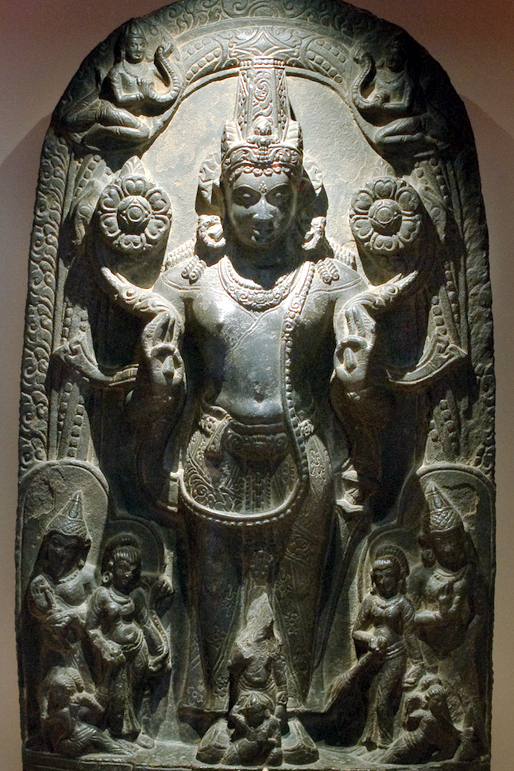 He also connotes the solar deity in Hinduism, particularly in the Saura tradition found in states such as Rajasthan, Gujarat, Madhya Pradesh, Bihar, Uttar Pradesh, Jharkhand and Odisha. He is one of the five deities considered as equivalent aspects and means to realizing Brahman in the Smarta Tradition. His iconography is often depicted riding a chariot harnessed by horses, often seven in number which represent the seven colour rays of the rainbow. In medieval Hinduism, he is also an epithet for the major Hindu gods Shiva and Vishnu. In some ancient texts and arts, he is presented syncretically with Indra, Ganesha or others. He is also found in the arts and literature of Buddhism and Jainism.

He is one of the nine heavenly houses (Navagraha) in the zodiac system of Hindu astrology. Surya or Ravi is the basis of Ravivara, or Sunday, in the Hindu calendar.Major festivals and pilgrimages in reverence of Surya include Makar Sankranti, Pongal,Ratha Sapthami and Kumbh Mela.