Some Illustrious women Of Indian Mythology 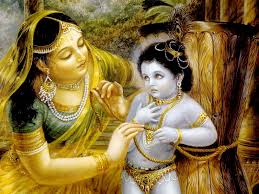 In Indian Mythology women were equally progressive. Even though sons were important the daughters were not neglected either. Manu had given his daughter a fourth share in his entire wealth. In the Upanishads it is mentioned that even women were educated and taught fighting too. Here we are telling you about some famous women of Indian mythology and how they revolutionised the society then.

Parvati– In Indian Mythology one of the most dynamic personalities she is an inspiration for many women. She was an incarnation of Devi Sati who was the daughter of Daksh. She had married Lord Shiva in that birth however when Daksh insulted his son in law in a yagya she burnt herself to death. In her next birth she was born as Devi Parvati. In this form also she did extreme penance to get the love of her life back. Her extreme tapasya forced Lord Shiva to acknowledge her love and accept it.

Parvati finds mention in Bhagwat Puran. She lived in Kashmir area of India and she is still revered in that area and places around it. She was blessed with two sons Kartikeya and Ganesh and one daughter Vanmala. Seeta– Daughter of Raja Janak Seeta was discovered by him when he was ploughing the field. She is also known as Bhoomiputri. Also known as Vaidehi she was the epitome of culture and heritage. After her marriage to Ram her life changed completely. In the forest Ravan abducted her and kept her in the Ashok Vatika. She was pressuirsed into agreeing to marry him but she stayed firm.

In spite of all this after coming back the society did not accept her. She had to leave the palace and live in a forest even when she was pregnant at that time. However, she displayed a strong character and did not blame her husband for all that had happened to her. Draupadi– Her name was an adaptation of her father Dhrupad’s name. She was also called Yagyseni because she was born from a yagya. Her brother was Dhrishtdyumn who eventually kills Dronacharya in the Mahabharata war. During her swayamwar her father had placed a unique request. Only someone who can pierce the fish eye by looking down in the water would get her hand.

Karna and other kings came to take part however Draupadi refused to accept Karna because he was from a low caste. Pandav reached there in form of Brahmins and Arjun successfully pierced the target. Krishna then told her about the identity of these Brahmins and she willingly agreed to marry him. More trouble awaited her when she reached home. Upon knowing that her sons had brought something home Kunti without looking asked them to share it. Everyone was shocked but the mother’s decision could not be changed and Draupadi had to marry all the Pandavas. Devki –Yashoda– Lord Krishna’s real mother Devki had to spend a huge time of her life inside the prison.  Her son Krishna was brought up by Yashoda.  History however gives more credit to Yashoda because she gave Krishna the best upbringing possible.
To protect his son from Kansa, Vasudev left his son in the care of Yashoda in the dark of the night. In both Mahabharata and Bhagwat puran there are written many instances of the beautiful time she spent with Lord Krishna. Yashoda was blessed by a daughter too whose name was Ekaanga. When Krishna left for Mathura Yashoda was left heartbroken. After that Krishna stayed with his real mother Devki who had been waiting for him since a long time.