Iftar At The Pejawar Mutt. 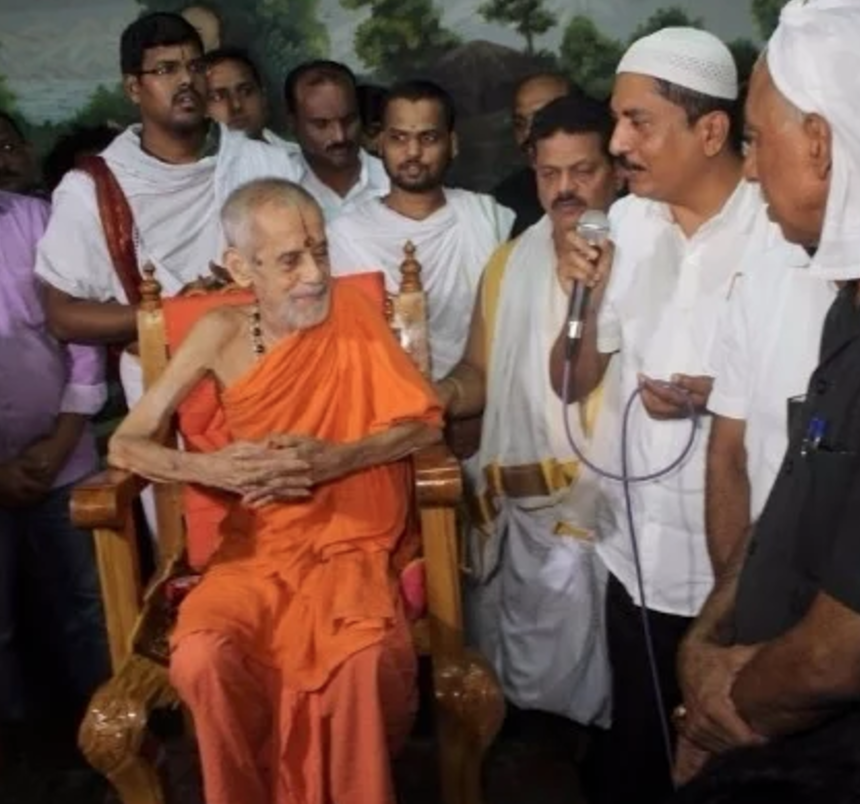 The image for this post has been taken from SwarajyaMag.

Mutt’s and their Swamijis have played a very crucial role in Hinduism. Samartha Ramdas Swami travelled across the country opening various mutts. He was a Guru to Shivaji who eventually played the role in destroying Islamic rule in India. Shankaracharya renewed the Sanatan Dharma by starting 4 mutts across the country.

One important function of Mutts have been to act as institutions that provide philosophical guidance to Hindu society besides the spiritual one. The Swamijis of Mutt are supposed to be ascetic who travel extensively, mix with normal people and have their ears to their ground.

Indian government has successfully destroyed Hinduism’s other two institutions which are Hindu schools and Temples but taking over them by force. Mutt is the final frontier and the signs are not every encouraging for them either. Hinduism is a Pagan religion that believes in Idol worship. Both are highest sins in Islam. Both religions are not compatible with each other. A Hindu can not be a Muslim and vice versa.

There was no need for a Hindu Swamiji to use his position and resources which he has obtained from common Hindus to use for promoting Islam. By holding a Iftar he has not only legitimised Islam but in the process insulted our own religion and tradition.

Both are not on level field

Islam has freedom to run its own places of worship and run its own schools. Hindus don’t have this right in India. Swamiji will be tried as a common criminal if he opens up a school for say Dalits only.

Unless we achieve the legal parity any talk of Hindu-Muslim unity is useless because you are essentially talking about uniting two which are legally recognised as not worthy of unequal treatment.

Swamiji’s focus should have been to getting Hindus legal parity with Muslims and not holding Iftars.