Raghuwansham- A poetic rendition of the Raghu Clan 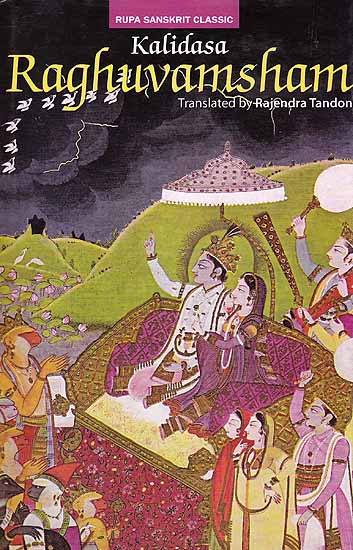 Raghuvamsa or Raghuwansham is a Sanskrit play which had been written by the renowned poet Kalidas. Even though we don’t have an idea of when this play was written the assumption is that it’s a creation of 5 CE. The play narrates in 19 sargos the story of the Raghu dynasty. It starts narrating from the time of King Dilipa and moves on to tell the life story of Raghu, Dashrath and Rama i.e. the Agni Varna.

There was a further commentary written on this play by the 10th-century Scholar Vallabhadeva. In between CA 1350-1450 Mallinatha wrote another commentary on the same play. The play starts with telling how warrior Raghu leads a military expedition to Transoxiana. Defeating the local people which fall in his path he finally reaches Vankshu or the area of the Oxus River.

Upon reaching there he fights the barbarians the Hephthalites.  They are later also known in Indian history as the Hun clan. Raghu’s army defeats the Huns and we find mention his bravery in different parts of Raghuvamsa.  The play mentions “The exploits of Raghu, whose valor expressed itself amongst the husbands of the Huna women, became manifest in the scarlet color of their cheeks.”

Once the river Oxus is crossed Raghu meets the Kambojas. They are an Indo-Scythian tribe who find mentioned in the ancient Indian texts. The Kambojas do not fight Raghu and instead try to woo him by giving gifts and treasures. Kalidas tells us about the presence of walnut trees in the area of the Oxus River. If it is researched then we do find areas having walnut cultivation near to India.