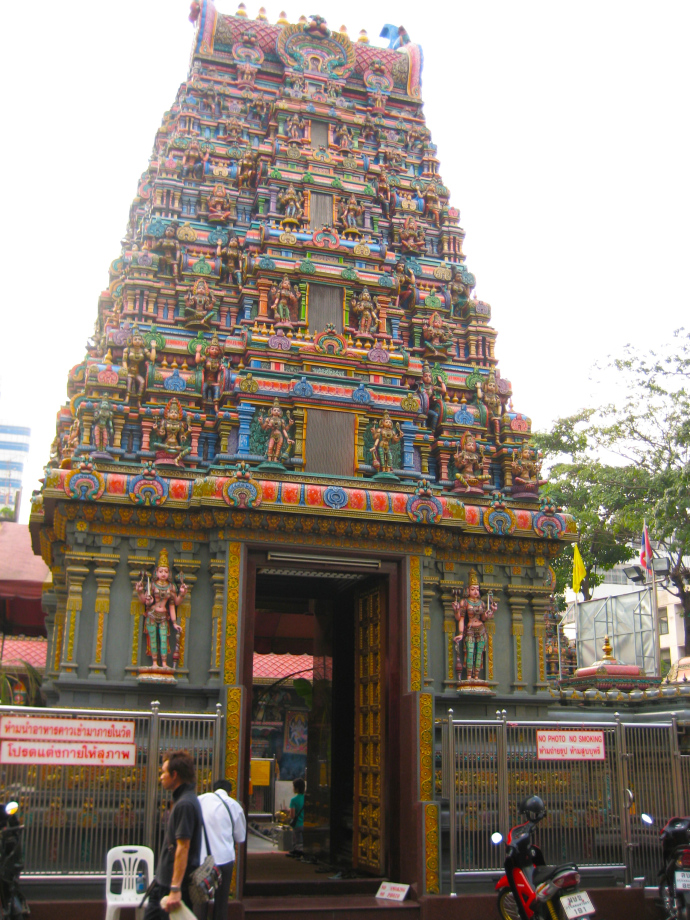 Sometimes we wonder that Hinduism is only limited to India. The truth, however, is slightly different as Hinduism as a religion has widespread roots in quite a many countries. Apart from the fact that Hindus based there practice this religion even the locals too have developed an affinity. One such country where Hinduism is rampant is Thailand. In this article, we will tell you some facts about Hinduism in Thailand and its widespread reach.

There are eleven Hindu temples in Thailand and nearly 100000 Hindu people based there. In spite of that the festival of Navratri is celebrated with much fervor. Hundreds of thousands of devotees participate every year in the nine-day Navaratri festival in honor of the Goddess. This is celebrated at the Sri Mariamman temple in the heart of Bangkok, Thailand. The rush is so heavy that the adjacent Silom Road, a major thoroughfare, is closed to traffic for hours at peak times.

Even though Hinduism came to Thailand only 2000 years back it has been able to make an impact on Thai culture and religion. For example, the King has his own Brahmin priest of Thai ancestry, and the Thai script is based upon the South Indian Grantha script.The Indian Hindu community though relatively small comprises of mostly business people. Every Sunday finds hundreds of families gathered for weekly Satsang at Bangkok’s Sri Mariamman, Dev., Vishnu, Sindhi, Arya Samaj and Durga temples.

What makes Hinduism in Thailand more interesting is the fact that 95% of the devotees visiting the Sri Mariamman temple are actually Buddhists of Thai origin. They showed the same kind of dedication that other Hindu devotees were showing. In fact, they were even indulging in the same kind of puja rituals like lighting incense sticks, lamps and offering garlands to the gods.

Most of the Thai people consider Hinduism as a part of their daily lives. For them, Hinduism in Thailand is not different from the Thai religion being practiced. In fact, many Thai people also request priests to conduct a Hindu puja for them .This unique amalgamation is difficult to be seen in any other part of the world. The Brahma temple in central Bangkok, near the World Trade Centre, is an open-air temple inside a low-walled compound. It has a fabulously ornate Thai-style roof. Though it is the Hindu god Brahma being worshiped it is the Thai version of the same. Brahma is dear to the Thais and considered a most auspicious God.

In addition, the Thais have many small temples for Lords Siva, Vishnu, Ganesh and the Goddess. Like the Brahma temple, these are outdoor shrines and not enclosed buildings. The future of Hinduism in Thailand looks bright.  If all goes well it would continue to be worshiped as an important part of Thai upbringing.