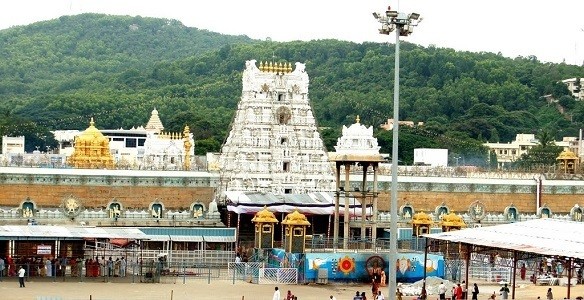 India is a land of diversity. There are many representatives of history here which remind us of the glorious past it has. Amongst them, one of the most prominent ones are temples which can be found all over the country. However, there seems to be a vast difference between the architecture of temples in South and North India. So let’s have a look at the 5 incredible things which make South Indian temples a class apart. Firstly, in comparison to the other temples in India, the South Indian temples are huge. It is evident that the south Indian rulers who got these temples constructed paid a lot of attention to the sheer magnificence. Srirangam Ranganathar temple in Tamilnadu occupies an area of 156 acres. Hence it becomes one of the largest working worship places in the world. Be it the Tirupati Balaji temple or the Meenakshi temple the architecture of all the temples is exotic and beauty beyond imagination. There are nearly 30000 temples in the south and they have been there since ages. The architecture and distinctiveness of these south Indian temples have captured the imagination of many tourists. A South Indian Temple is constructed in the Vimana Type . It is based upon texts like the Shilpa Shastras, Agamas and Vastushashtras. There are six major parts of a south Indian temple.

South Indian temples have a very strict Agamam culture which they have to adopt no matter what happens. There are supposedly three agamams: Saiva (for Shiva temples) and Vaikanasam & Paancharaatram (for Vishnu temples). Shaiva agamam is quite simple and less formal. On the other hand rituals in Paancharatra agamam is very elaborate than Vaikanasa agamam. While in other parts of India even common people can touch the idols in temples of South India only priests are allowed to do so.

All the South Indian temples have two types of Idols. While the moolavar idol is made of stone the utsavar idol can be made of any other metal. Moolavar stays in the temple always and is black in colour. On the other hand, the Utsavar idol can be carried outside for processions. Tamil Nadu has a unique way of representing Shiva in a dancing form called Nataraja.