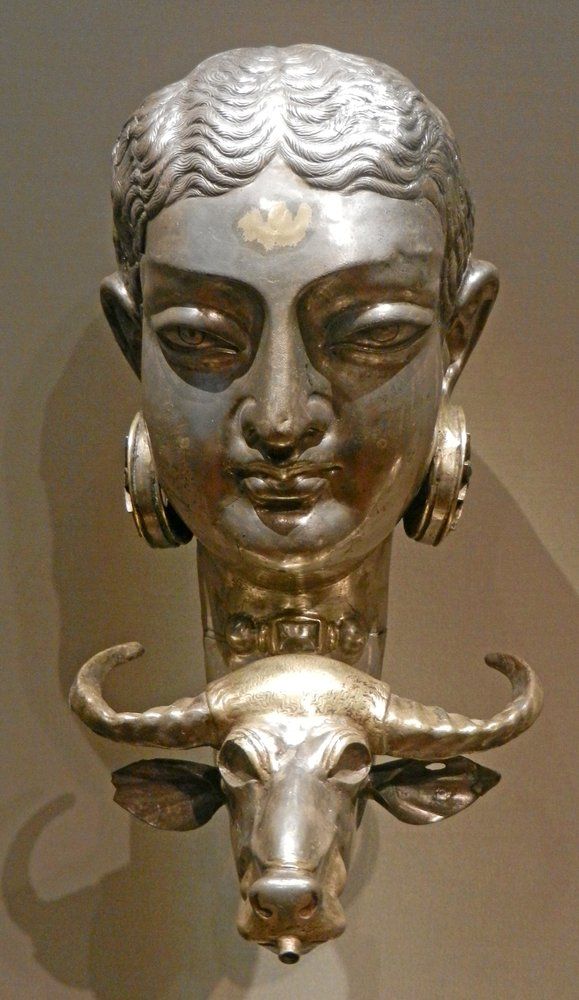 In ancient times India was a huge stretch of land extending in the north up to Afghanistan. This is probably the reason why many artifacts of Indian origin have been discovered in these areas. In that series, we are telling you about a silver idol which has been found in Deylamann, Northern Iran. The inscription written on the idol read out the name of the Idol as Durga Mahishasurmardini.

This idol has been reported to be looted from Afghanistan during the latter half of the seventh century. The constitution of this idol gives us a brief look into the kind of silver items produced at that time. A couple of other Durga Mahishasurmardini figurines which are dating from 400 CE to 800 CE have been discovered from southeastern Afghanistan.

This brings to our notice that Afghanistan was probably a Hindu region in the pre-Islamic era. This idol bears an imprint of “Hadda classicism” combined with“Gupta sensuousness”. There is a chandrabindu on the head which reminds us of the connection it has with Lord Shiva.

This idol holds a striking resemblance to another figurine discovered under Khona masjid. This second figurine is reportedly from the Post Kushana period. In its inscription emperor, Kanishka compares Durga Mahishasurmardini with his native goddess Nana. Below is mentioned the inscription mentioned along with the figurine. This shows that the Kushans played an important role in strengthening the ties with Afghanistan at that time. The kingdoms of Afghanistan resisted the efforts of invasion of Iranian rulers till almost 20 years. In fact, the mountain tribes and their chiefs were able to stay strong against these invasions as compared to other countries nearby. In other words, we can also say that by fighting and delaying the Islamic invasion these Afghan rulers were also able to delay the invasion of India by a couple of years.