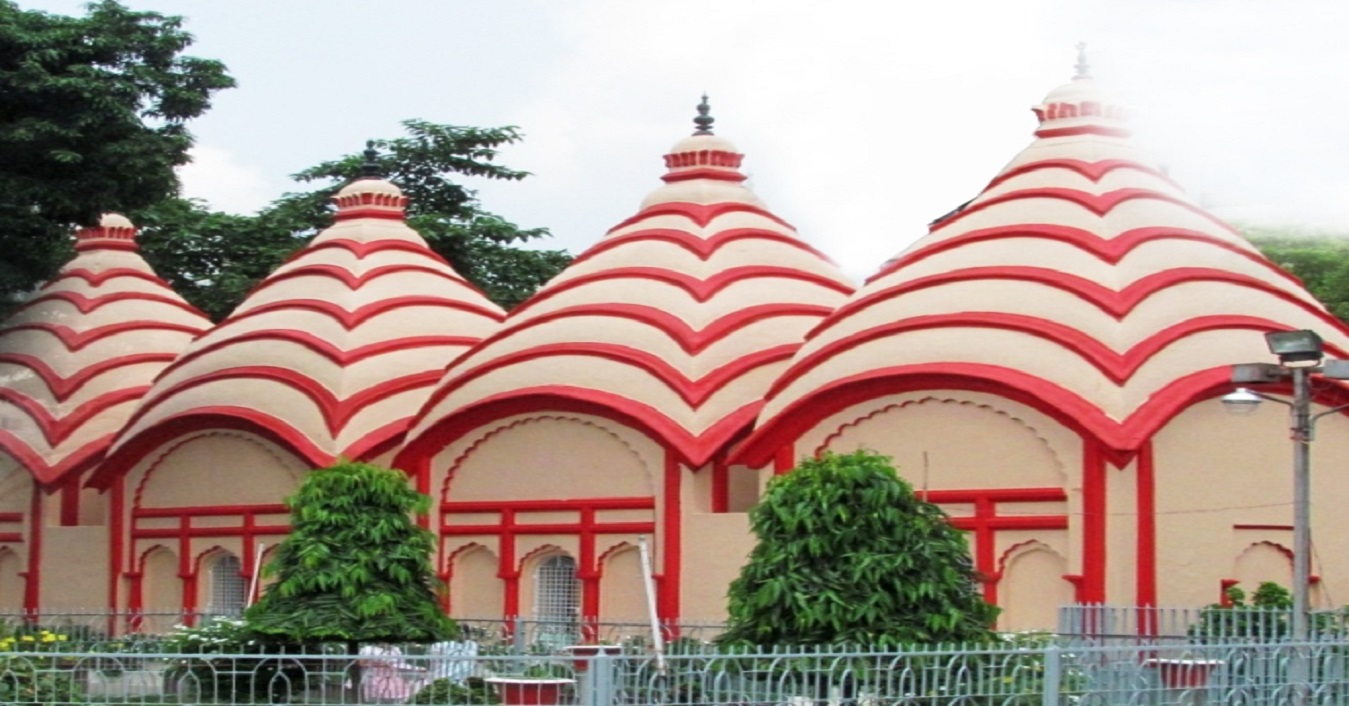 Hindu temples can be found in many countries of the world apart from India. This is probably because Hinduism has a very wide base and is one of the very prominent religions all over India. Bangladesh which has originated from India is also home to some very ancient Hindu temples. Let us read more about Hindu temple in Bangladesh.

Sugandha Shaktipeeth
Sugandha Shaktipeetha– Temple of the Goddess Sunanda, is located in the village of Shikarpur, 10 miles north of Barisal, in Bangladesh. This Hindu temple is one of the Shakti Peethas. The Bhairav is Tryambak whose temple is in Ponabalia, located 5 miles south of Jhalkati rail station. Ponabalia is under the village Shamrail situated on the bank of the river Sunanda.The main festival is Shiva-Chaturdashi (on the 14th moon of March). It is one of the places where sati’s body parts fell after Vishnu dismembered her body.
Kal Bhairab Temple– Dedicated to the God Shiva, is located in Medda in the Brahmanbaria district of Bangladesh. This Hindu temple in Bangladesh is famed for the giant Shivalinga, a 28-feet tall Shiva statue assumed to be the largest in the world. Though the Hindu Lord Shiva, who is called the Kal Bhairab, is the main attraction, Goddess Kali is also worshipped there. The statue of Kali is situated on the right side of the Kal Bhairab and the statue of the Goddess Saraswati is placed on the left.

Bhabanipur Shaktipeeth – This interesting Hindu temple in Bangladesh is a sacred site around Karatoyatat located about 28 kilometres (17 mi) from Sherpur Upazila of Bogra District, Rajshahi Division, and Bangladesh. It is one of the Shakti Peethas of the Indian subcontinent. The Shakti Devi here is called Aparaná and the Bhairava is Vaman. The part of “Sati” Maa Tara’s body fell at Bhabanipur could be left anklet (ornament), ribs of left chest, right eye, or bedding (according to various sources).
Being a Shakti Peeth, Bhabanipur is a historic place of pilgrimage for the followers of Hinduism. There are numerous temples at this Shakti-peeth premises which are visited by pilgrims from all over the country and abroad, irrespective of sectarian differences.

The Rajmala states that about 800 years ago, Raja Biswambhar Sur, tried to reach Chandranath by sea. The Nigamkalpataru refers to the poet Jayadev living for a time in Chandranath. By the time of Dhanya Manikya, ruler of Tripura, Chandranath received numerous endowments. Dhanya Manikya attempted to remove the idol of Shiva from the temple to his kingdom but failed. Comilla Jagannath Temple– Also known as Sateroratna Mandir or seventeen-jewel temple is located in Comilla, Bangladesh. It is dedicated to the Hindu God Jagannath. It dates back to the 16th century, and was built by Sree Sreejoktou Moharaja Rada Kishor Manikuo Bahadur. He was the king of Tripura. The deities of Jagannath, Balabhadra and Subhadra were originally installed in a temple in Tripura from where they were shifted to this temple. These were some of the ancient Hindu temple in Bangladesh. In our next part we will tell you about some more of them and their religious significance.