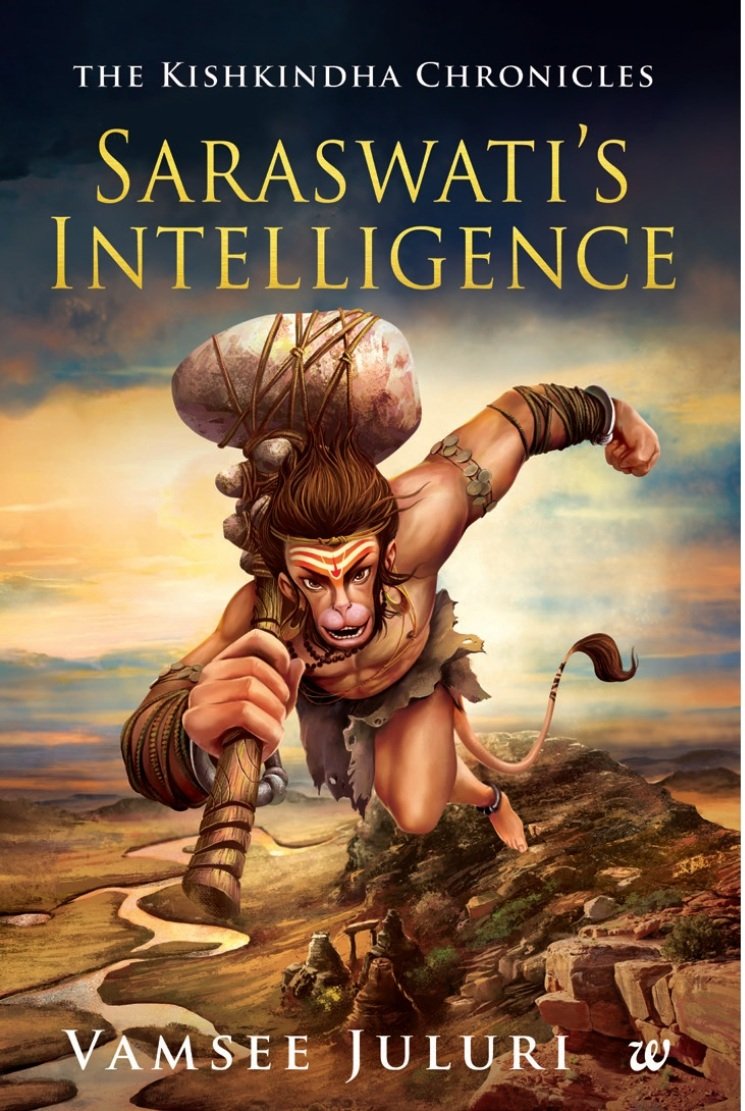 Mythological fiction in India has been gaining a lot of prominence and success in India.  Almost all Gods have been put on paper as totally different from what we have perceived them to be. The latest to be launched in this segment is the first book in the Kishkindha chronicles. The author has named it as Saraswati’s Intelligence.

The book forays into divulging some unknown truths of the life of Hanuman the monkey God. It talks about how a teenaged Hanuman sets out on a remarkable adventure to defeat a deadly set of creatures. These creatures are attempting to destroy the Kishkindhavaasis. He is accompanied by his friend Sugreev and guru sage Vishwamitra who help him in entering the enemy camp.

The author  Vamsee Juluri has described all the locations quite vividly. While reading you actually feel that you are a part of this epic novel. The essence of Satyug is marvelously captured and retained by the author. The focus of the characters is more to flourish then destroy. The inner goodness of the people presented in this era makes them follow the concept of ‘Defeat not destroy’. These laws of following Ahimsa and never hurting anyone have been decided by Goddess Saraswati. This also implies the reason why the title of the book is Saraswati’s Intelligence.

In this book you understand why Hanuman has gained the prestige that he has been bestowed with. Apart from that Hanuman’s discussions with his Guru about Dharma are interesting. You will get a detailed insight about how and why Dharma should be implemented in our lives. A very interesting and mesmerizing take on the mythology genre this book gives a tender treatment to all characters.

Nowhere in the book does the writer try to ignite any passions in the name of Hindu religion. This is commendable. Furthermore it also provides a very different take on the presence of Lord Ganesh and his land of elephants. The author gives us a description of the Naraklok as well which comprises of flesh-eating birds also represented by Jatayu.

Overall the book has been written well.  It makes up for a captivating read for people who love to read about ancient Hindu tales. Ramayana is a very old epic as we all know. The imagination of life at that time along with simple references to how Gadaa came into being is an intriguing perspective.