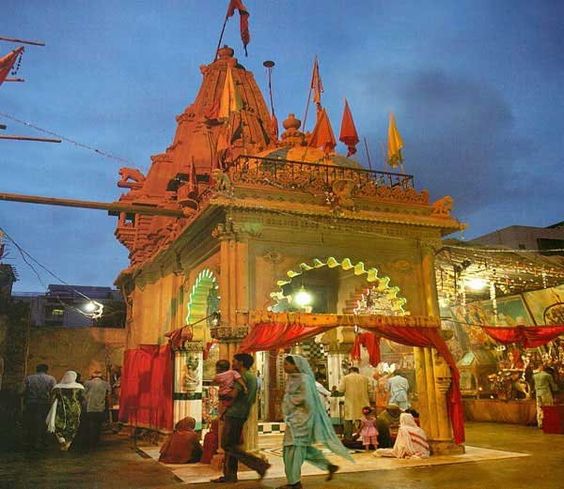 In continuation with our first series of the known Hindu temple in Pakistan here is the second part of it.

• Panchmukhi hanuman Mandir– This temple has a five headed idol of Hanuman. It is located in Shaljar Bazar in Karachi and is believed to be nearly 1500 years old. The architecture of this temple shows an inclination towards the Jodhpur style of engraving. The temple is in dire need of repairs and finally people have started working on it. • Sadhu bela mandir –In the year 1823 Baba Bankhandi maharaj reached Sukkur district in Sindh. Consequently he decided to build a temple here but unfortunately died before its construction. After his death Harnam das got the temple constructed in the year 1889. This temple is famous for having separate places for worship for men and women. Also the langar provided here is acclaimed all over Pakistan.
• Sharda devi Mandir – This temple dedicated to Devi Saraswati is located in Pakistan occupied Kashmir area. It is said that Adishankar while travelling passed this area. However due to lack of upkeep this temple has now been converted to a ruin.
• Ram mandir– Located in Islamkot in Nagarparkar this is the only temple in Pakistan which is dedicated to Lord Ram. This temple has a very distinct construction style and all over there are inscriptions present in Arabic language. • Rama pir Mandir– Located in Sindh this temple is visited most of all by dalit hindus and Muslims both.  Firstly this temple has flags of different Gods and Godesses and has their pictures too. Especially relevant is the fact that people who visit here tie pieces of cloth to the trees so that their wishes can be fulfilled.
• Multan Sun temple– The original sun temple was believed to have been built by Samba who was the son of Lord Krishna. This was to get rid of the disease of leprosy which he was suffering from. Hsuen Tsang is believed to have visited this temple in 641 AD and he mentioned an idol made of gold and having eyes made of red rubies. • Shiv mandir– Located in Umerkot in Sindh this temple provides residence to the homeless. It has a magnificient Shiv ling which grows on its own. It has been said that almost thousands of years ago a man used to nourish cows there. One day he noticed that a cow used to go somewhere else and gives her milk to that Lingam . The man kept observing many days that what is there and why she is giving her milk to that Lingam. Hence,  people came there and checked then they considered that as a Shiv Lingam and built the Shiv Mandir.

In conclusion this is our listing of famous temple in Pakistan.  Furthermore do let us know what your take on this collection is.