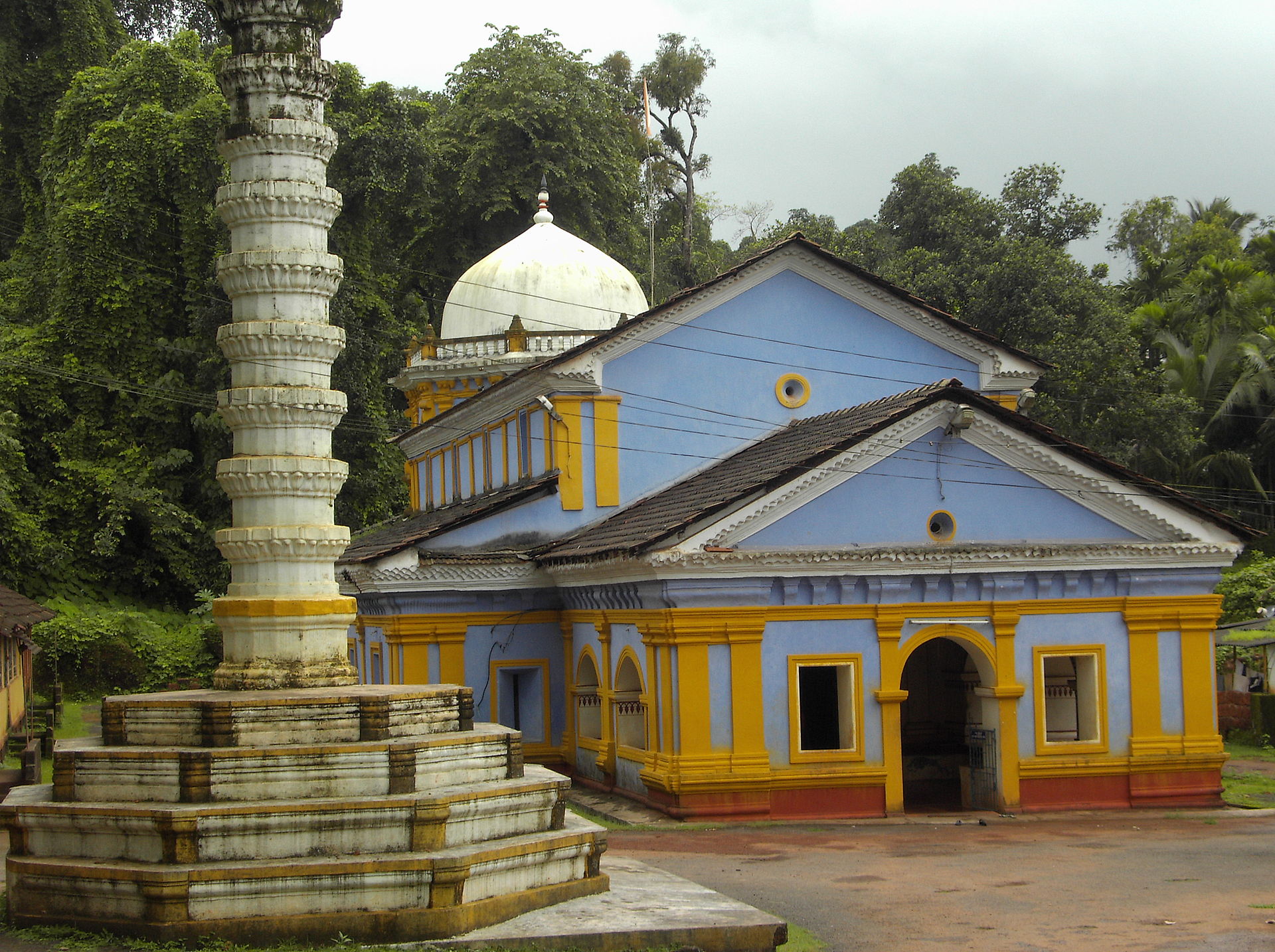 Saptakoteshwar temple of Lord shiva in Narve-Goa is one of the 6 important Shiva temples in Konkan region. Saptakoteshwar was the kul-devata (chief deity) of Kadamba dynasty and the King built this temple for his wife.

Several gold coins from Kadamba era have been found near the site and all of them mention Saptakoteshwara on them. The gold coins themselves were named Saptakotisha-Gadyanakas.

In 1352 Bahamani sultanate destroyed Kadambas and like other Islamic invaders they destroyed number of temples including this one. The Shiva lingam was uprooted and destroyed by the soldiers. In 1367, the army of Vijayanagar King Harihararaya defeated the Bahmani Sultan’s troops in Goa and managed to restore most of the temples to their former glory including that of Saptakoteshwar. According to the records the temple was reconstructed by Madhava Mantri by the end of the 14th century

Vijayanagar empire renovated the temple only to be destroyed by the Christian Portuguese who used the Shiva Lingam as a well shaft. Some brave hindus managed to rescue the lingam and smuggle it to a place in Bicholi where with the help of King Shivaji a new temple was built in Narvem. King Shivaji is personally was overseeing the construction and renovation of this temple.

It is interesting that this temple and idol links two great Kingdoms who played a major role in protecting Hinduism from external attacks.

Saptkoteshwar temple today is well protected and a tourist attraction in Goa. Thousands of people visit this temple every year.

In front of the temple towards the right side of the Deepastamba is a shrine of Kalbhairav and outside it are seen the padukas of Dattatraya carved on the stone. A little ahead of the Deepastamba are seen two huge laterite pillar-like structures buried deep. They may be stone henges. Behind the temple are carved stone walls with niches. It may have been an ancient Agrashala. Similarly, close to the temple there is a man-made tunnel like structure which is presently silted. Near the temple site there is a sacred tank known as Panchaganga Tirtha which is used for ablutions by the devotees during the birth day of Lord Shiva.