JwalaJi Temple in Azerbaijan and the eternal fire 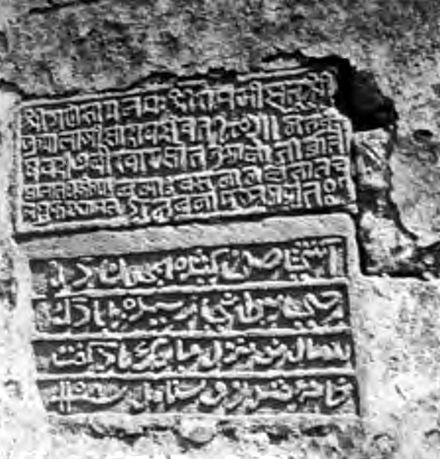 Ancient legends speak of a time when demons lorded over the Himalaya mountains and harassed the gods. Led by Lord Vishnu, the gods decided to destroy them. They focused their strengths and huge flames rose from the ground. From that fire, a young girl took birth. She is regarded as Adishakti-the first ‘shakti’.

Known as Sati or Parvati, she grew up in the house of Prajapati Daksha and later, became the consort of Lord Shiva. Once her father insulted Lord Shiva and unable to accept this, she killed herself. When Lord Shiva heard of his wife’s death his rage knew no bounds and holding Sati’s body he began stalking the three worlds. The other gods trembled before his wrath and appealed to Lord Vishnu for help. Lord Vishnu let fly a volley of arrows which struck Sati’s body and severed it to pieces. At the places where the pieces fell, the fifty-one sacred ‘shaktipeeths’ came into being. “Sati’s tongue fell at Jawalaji (610 m) and the goddess is manifest as tiny flames that burn flawless blue through fissures in the age-old rock”

The temple is Azerbaijan is known as Baku Jwalaji and is historically very important and famous temple. Alexendar too visited this temple and participated in the fire ritual. Eternal fire keeps burning at this temple even though there are no Hindu priests here anymore.

There are other Jwalaji temples in India too the most famous being the Jwalaji Shrine in Himachal Pradesh. Besides Vaishnodevi Jwalaji temple is one of the most ancient shrines mentioned in Mahabharata and Puranas. Azarbaijan is actually land of fire and full of places like this where some form of eternal fire keeps burning “burning mountain” being one of them.