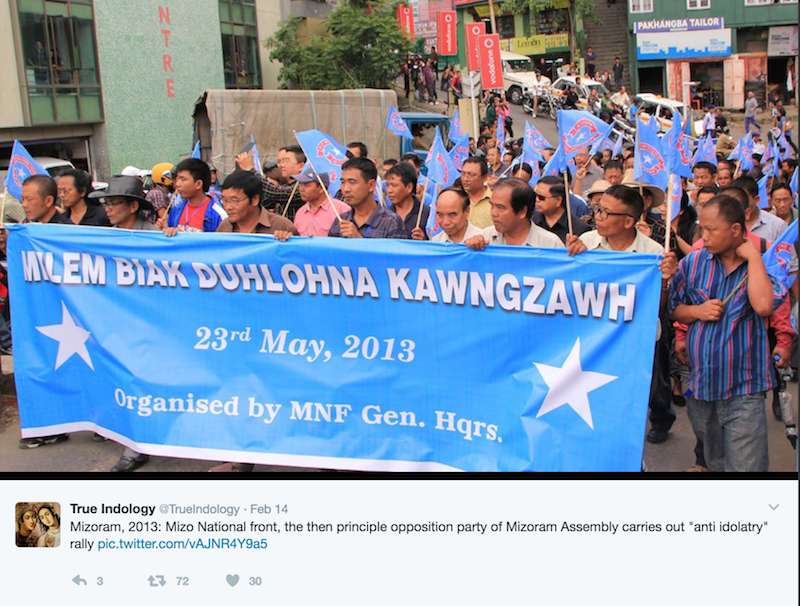 Right to Education : Denying Hindus Right to run their own schools.

There is no parallel to RTE in the world. Even in the most oppressive societies a majority religion is not singled out to refuse any freedom to run their schools. In India only majority run schools are subject to RTE and only they face the shutdown incase even a minor clause of the law is violated.

More about it can be read here.

In my city, Mysuru, ever since RTE begun to be implemented, there has been a flowering of schools run by Christian trusts while those run by Hindus are slowly raising fees to cope with the requirements of RTE. In the city, the NPS situation provides us a very relevant example to understand the impact of the RTE. While the Malayalee Hindu-run NPS International School in Mysuru was one of the 6 schools whose affiliation was cancelled by CBSE on a complaint by the National Commission for Minority Education Institutions (NCMEI), Depaul School run by the Mary Matha Province of the Vincentian Congregation and DPS Mysore which is run by Congress politician Rehman Khan’s KK Educational Trust were certified as minority by the very same NCMEI. All three institutions as CBSE institutions catering to the same kind of students – upper middle class, but the only institution subject to harassment under RTE is the one run by a Hindu. [source]

If you can not control the schools to which your kids go, your kids are lost to your family traditions. This at the moment is the biggest issue before Hindu society.

The next danger Hinduism faces comes from activist judges who impose western moral values on Hindus with the help from the legislative branch.

Supreme Court recently tried to ban Jallikattu and failed miserably as people revolted back. But Supreme Court was successful with ban on Dahi Handi, Kambala and several other perfectly normal Hindu practices in which people have been participating voluntarily.

Noise has been created against cremation, holi and abhishekam with milk but thankfully nothing much as been achieved.

Anti-supersitutin laws routinely and needlessly target perfectly normal practices such as tantrik rituals, astrology and other similar practise and coverts them into crime. Such efforts are actively aided by Church and other religions. Hindus and only Hindus in India are now allowed to manage and run their own places of worship. All rich temples are controlled by government where the money goes to government. Government then appoints people on the management of these temples who might be actually anti-hindu in their nature.

Not only Hindus lose the access to temple’s funds for Hindu causes the money they donate to temple actually gets used for anti-Hindu purposes.

Division of government services based on religious lines.

What happens when government decides that 50% of the tax money be spent on minorities ? It means the community which is 60% would get only 50% though they might have contributed more.

Besides the complete monopoly on educational institutions few other benefits that the majority gets denied are :

With time Hindus will receive less and lesser share of public funds and Hindus have to face discrimination in government spending for being Hindus.

Lack of political leaders who could take up Hindu issues fearlessly

Hindus lack political representation in the form of people who are tirelessly taking up Hindu issues. All political parties in India have actively played role in enacting anti-Hindu laws such as RTE.

So far not a single MP in Indian parliament has bothered to take up RTE’s impact on Hindu schools. Only 2 MPs have been outspoken about Temple control and 0 MPs have opposed the minority only schemes.

These are indeed troubling times for Hindu society as we move from symbolic issues such as Ram Mandir to real issues with real damage to society.