5 great spiritual objects in Hinduism you should know about 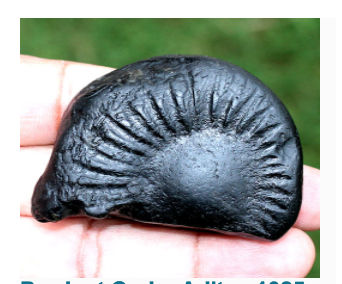 Hinduism is a pagan religion which means it is not just the invisible God that is worshipped by Hindus see God in animals, trees and other inanimate objects too. Certain objects are supposed to have deep spiritual meaning. Some of this objects like Rudraksha or Shaligram are considered a part of their respective gods. Let us learn more about these objects.

Rudraksh is very easily identifiable and general Rudraksh can be easily bought too. However ekmukhi Rudraksh is very rare and far harder to be found. Rudraksh literally means eye of the Rudra that is Shiva. Shiva bhakts use rudraksh in various forms to get benefits from Shiva worship. Rudraksh are worn, used as japa mala and someone simply worshipped.

It is believed that if you keep a rudraksha on water surface it will turn clockwise if the water is clean and drinkable. here are many examples of undeveloped, naturally joined, partially formed, or unformed faces in Rudraksha from all locations. Fully developed faces are the easiest one to count and can command greater value than their normal market standards. Undeveloped faces, joint faces, partially formed faces, and unformed faces create confusion among traders, and can actually alter the price of the Rudraksha considerably. There is not a single standard used amongst traders to describe the method of counting a Rudraksha’s faces.

Rudraksha tree is scientifically known as Elaeocarpus ganitrus and is found only on the plains of River Ganga. Shaligram is believed to be a form of Vishnu himself. Shaligram is not worn or not carried on. Shaligram is treated with the same respect one would give to the fully pran-pratishthapit idol. Shaligram is a fossilised shell that is found in the river Gandaki in Himalayas. However homes across India have their own family Shaligram which they worship.

Shaligram often shows features that can be identified with Vishnu’s weapons such as Shankh, Chakra, Gada etc. You can find detailed photographs and information about Shaligram here.

Is the most used and easily available substance that is very important part of Hinduism. All married Hindu women wear is on the forehead as symbol of their marriage where as men use it during religious ceremonies. Hanuman’s body is smeared with with it and so is that of Kali.

In temples Kumkum-archana is a type of Puja where this color is offered to the Goddess. The red color represents sacrifice and purity. Coconut might be a nut but it is called Shri-Fala and is used extensively across all hindu temples all over the world. Coconut represents great honor. People are honored by gifting a coconut and a shawl in parts of India. Gods often receive Coconut as gift which is then broken into two pieces and returned back to the devotee as a prasad.

Coconut is believed to attract satvik tendencies and amplify them. It has hundreds of uses in medicine and food but at the same time it is a great spiritual object too. Shankha is known as one of the items that Vishnu holds in his hand. However all wars are started with Shankha-naada. Various pujas and yadnyas involve invoking Shankha-nada. Opening paragraphs of Geeta tell us which warriors used their Shankhas along with the names of those Shankhas.

Shanka’s unique sound is supposed to destroy “avidya” (ignorance) and bring “vidya” (wisdom). It destroys the layer of darkness and helps a mind wake up.