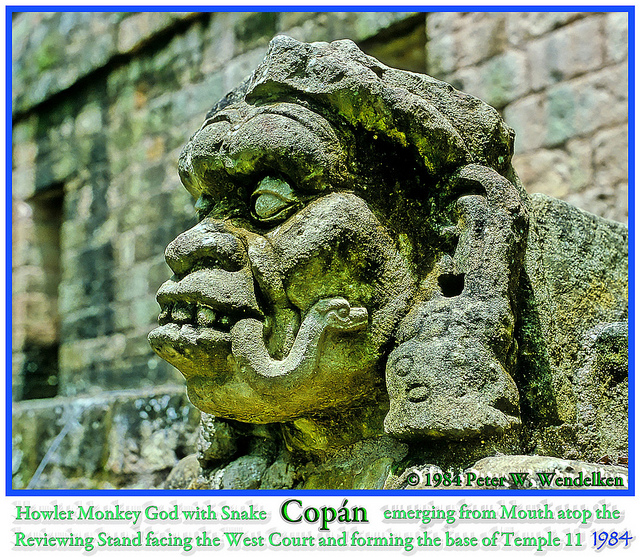 The mysterious Hanuman temple in Honduras.

University of Houston and the National Center for Airborne Laser Mapping carried out a a search in Honduras and were shocked to discover an ancient temple in the deep forests of Honduras. On the western end of Hondurus is the city of Copan with a temple dedicated to Howler monkey God which resembles Hanuman. The ruins of an ancient building discovered at the Indonesian Islamic University in Yogyakarta have been confirmed as a temple to worship the Hindu gods Shiva and Ganesha. Linga, the symbol for the worship of Shiva, and yoni, a Sanskrit symbol for divine passage or place of birth, were found in the area. [source] Varanasi is easily the most holiest city in India for Hindus. There are thousands of temples in the city and all with their unique traditions. The Lord Kal Bhairav Nath Temple stands different from all others because of the unique prasadam. The “alcohol”. Veerabhadra temple in Andrapradesh is known for its architectural beauty. The unique thing about this temple however is the pillar that has no support whatsoever and it just hangs in air.