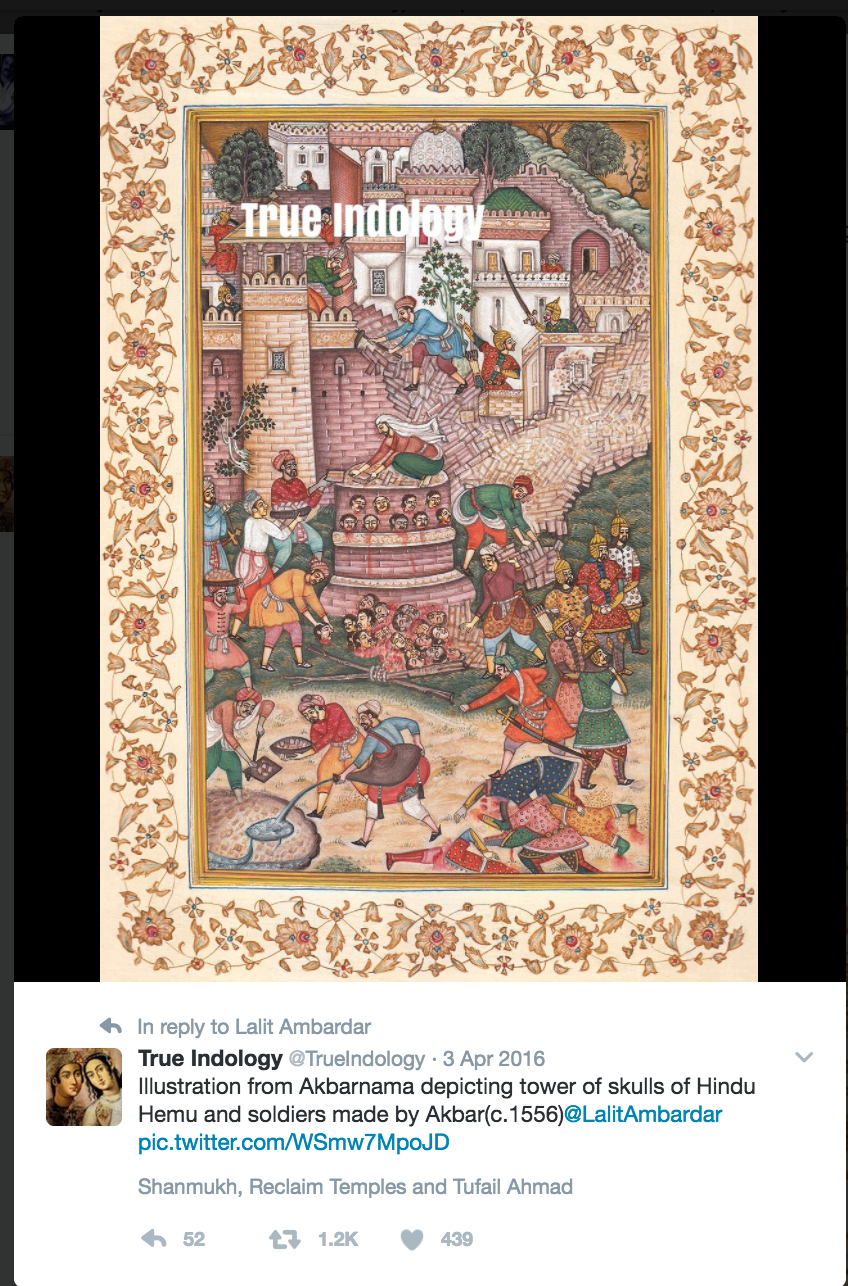 Akbar was just another Mughal when it came to women. Akbar had over 300 women in his harem as wives and over 5000 concubines. Women were purchased from all over the Indian subcontinent or married by force. Akbar married a lot of Rajputana princesses across the Rajputana area though there is no such one called Jodha.

Jahangir had a Rajput wife/concubine named Jagat Gosain. She was from Jodhpur, hence called Jodha. She was convered to Islam and named Taj Bibi Bilqis.

These tales of Jodha are first found in the writing a James Todd(c.1820),a psuedo-Historian who also wrote many other fancies

The so called Romance of Jodha-Akbar has not historical basis what so ever.

Akbar was a bloodthirsty Mughal .